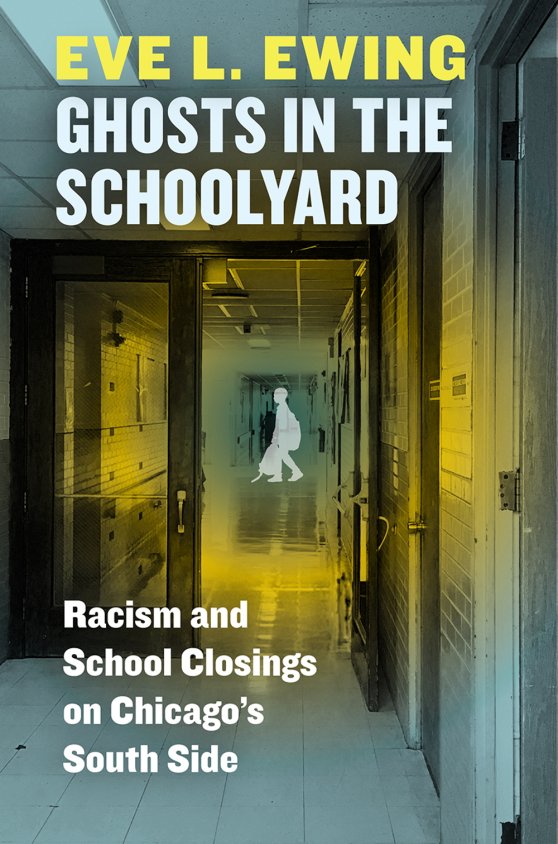 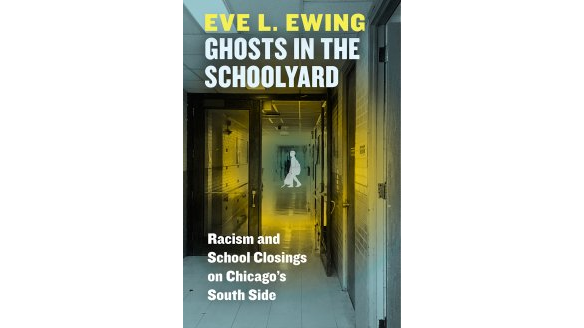 Understanding School Closures in Chicago: A Review of Eve Ewing’s Ghosts in the Schoolyard

The great deceit of marketized education reform—and the mass school closures such reforms produce in communities like Chicago’s Bronzeville—is the suggestion that the introduction of choice and market discipline can undo histories of racism that have systematically disadvantaged communities of color for decades. As Eve L. Ewing makes compellingly clear in Ghosts in the Schoolyard: Racism and School Closings on Chicago’s South Side, the school closures Bronzeville endured in the 2010s were neither the race-neutral infrastructural contraction nor the objective exercise in market-based reform that Chicago Public Schools (CPS) leadership framed them to be. Instead, Ewing argues that closures are the racist outcome of a century of housing and school segregation and discrimination, causing harms that go unreflected in the numerical metrics that form the basis for neoliberal school policy discussions.

Ewing builds this case through the four core chapters of the book, which represent four discrete lenses through which to interpret the history, politics, and lived experience of school closures in Bronzeville. The chapters are distinct in their focus, scope, and methodology, and as such could each be read as a freestanding study. Together, they situate Chicago’s school closures of the early 2010s within a much longer trajectory of racist policies in housing and education and make evident the roles schools have played as historical and emotional anchors in the lives of communities and individuals, in spite of being labeled as “troubled” or “underperforming” in many instances.

Ewing is a Chicago native and former CPS teacher and situates her ethnographic voice squarely within these identities. She roots her motivation for this research in her own distress, confusion, and anger upon learning, in 2013, that the school where she had formerly taught was slated for closure. Ewing is a sociologist of education, though her writing spans genres, including poetry and more recently comic books. She is widely known in these other guises and as an activist, and Ghosts in the Schoolyard, her first scholarly book publication, received significant publicity and attention.

The first of the book’s core chapters tells the story of Dyett High School, its significance for Bronzeville, and the fight to save the school that culminated in a 34‑day hunger strike in 2015. The second chapter chronicles the implications of a century of housing segregation and the construction and then demolition of public housing, showing how partially enrolled and underfunded schools today, far from having emerged out of a set of “natural,” race-neutral processes, instead reflect the impacts of pervasive intergenerational racism on Chicago’s black residents. As Ewing writes:

[The relationships children and families form in schools] and this history—the culmination of a century of segregation that fenced people in, then suddenly forced them out—goes unacknowledged in an official district narrative that refers to “underutilization” as something that simply happens—an act of nature (p. 89).

The third core chapter utilizes critical discourse analysis to show how community members protesting a massive round of school closures in 2013 challenged and expanded the justifications for closure provided by the district, bringing to bear historical, emotional, and explicitly racialized dimensions of what the school district was attempting to do. And, in the last of these four chapters, Ewing introduces the idea of “institutional mourning” to capture the emotional loss experienced by students, teachers, and communities in the wake of a school closure. Across the four chapters, she draws on ethnographic observation, archival research, discourse analysis, and qualitative interviewing.

Ghosts in the Schoolyard’s strength lies in the breadth of ways that Ewing grounds school closures in the experience of the communities those schools serve, past and present. CPS framed such closures as the only logical way to address the problem of underperforming and underutilized schools. This framing is compelling in its simplicity but misleading in critical ways that result in closure processes that again disproportionately burden communities that have long suffered racial discrimination and injustice. As Ewing shows, the “demographic changes” and “under-resourcing” on which school closures were predicated were themselves the outcomes of past and ongoing discriminatory policies. Furthermore, she argues, the consequences of closures are more complex than CPS officials acknowledged, in terms of both student outcomes (though Ewing’s research does not address this question directly) and the social and emotional consequences experienced by the children, families, and teachers who have invested in those schools.

A secondary, but extremely helpful, argument that Ewing builds highlights the ways that a focus on neighborhood schools and community control—hallmarks, paradoxically, of both neoliberal and progressive educational ideologies—can mask systemic racism. She describes how Benjamin Willis, superintendent of CPS in the late 1950s and early 1960s, sidestepped calls from black leaders to desegregate Chicago’s public schools by arguing that schools should reflect and be accountable to the interests of the neighborhoods where they operated. In other words, schools are constructed and students enrolled in ways that reflect individual communities and their changing needs: “We build schools where there are students” (p. 78). Amid a massive expansion of public housing that reproduced Chicago’s patterns of residential racial segregation, Willis’s stance was extremely consequential. In a deft move, Ewing draws parallels between mid-century CPS policy and the framing of school closures in 2013 by CPS CEO Barbara Byrd-Bennett as a race-neutral policy that merely reflected demographic changes in Chicago’s neighborhoods. In making this connection, Ewing lays bare the denial of responsibility for systemic inequities that characterizes marketized education reform and its reductionist reliance on individual performance metrics as indicators of institutional value.

Ewing’s findings echo those from my research on school closures in Philadelphia in 2013. While there are important differences in context, many elements of the story are jarringly familiar. As in Chicago, Philadelphia’s school closures in the early 2010s occurred amid a rapidly expanding charter sector and were located, disproportionately, in lower-income, African-American neighborhoods that had suffered decades of racial segregation and disinvestment (Good 2017b). Using rhetoric that parallels the words of protest that Ewing chronicles, Philadelphia teachers, parents, and community activists reframed the school district’s closure narrative of underutilization and underperformance, countering it with narratives that centered on systemic racism, uneven development, and community loss (Good 2017a, 2017b). In my work, I explore how such alternate narratives offered a place-based and history-conscious framing of the school district’s efforts to address a citywide surplus of 53,000 “empty seats.” Disaggregating a school district into a collection of “seats”—a common approach within the logics of marketized education reform—obscures the ways such reforms impact local communities, reproducing the disruption and disinvestment that those same communities have struggled with for decades.

Ewing falls short in not taking the opportunity to offer a stronger set of recommendations about how a district in CPS’s position today should go about closing a school. It is extremely important to show, as she has done, the ways school closures in places like Bronzeville reveal a “fundamental devaluation of African-American children, their families, and black life in general” (p. 158). But, after her elegant and compelling critique of the multiple dimensions of systemic racism evidenced in the Bronzeville school closures of the 2010s, Ewing concludes, essentially, that the system is rotten to its core and to the highest levels in the land; that systemic change is unlikely if not impossible; and that we must thus seek to find hope in the remarkable moments of connection and learning that happen in individual classrooms, in spite of the failings of the systems surrounding those classrooms. While this assessment is not undeserved, there are thoughtful administrators and policymakers within these systems, in Chicago and cities like it around the country, and the book would be strengthened by a set of practical recommendations aimed at those individuals. There are ways to proceed pragmatically in the midst of the realities of the institutions we have inherited. For example, school closure processes might incorporate neighborhood impact analyses in evaluating schools for closure, alongside metrics of utilization, academic performance, and building condition. Consideration of new charter-school proposals could similarly require an assessment of siting impact: how will the location of this charter school affect existing public schools and the community in which it will operate? That locational questions of neighborhood and community impact are not adequately considered in decisions about opening and closing schools is perhaps not surprising, given the historic disconnect between school reform and community development policy, research, and practice (Good 2019). There is much room here for improvement.

Ultimately, Ghosts in the Schoolyard is an engaging account of contemporary school closures and their implications for local communities. Ewing’s writing is clear and accessible, and the book has the potential to reach a broad audience, including students, community activists, policymakers, and academics. Within the nascent literature on school closures, this book is well positioned to bring new awareness to the issue of closures’ impact on communities of color and to the broader social consequences of marketized education reform. 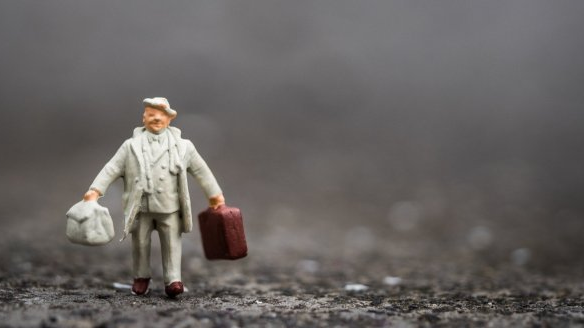 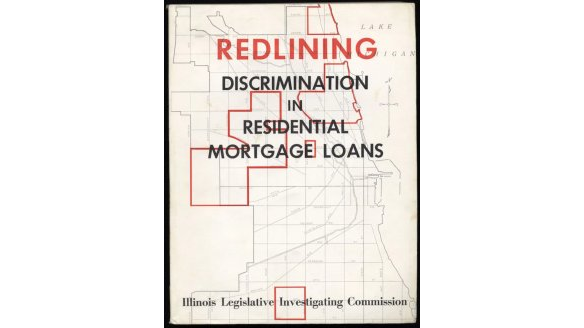 Before Redlining and Beyond

Alex B. Hill - 2 November 2021
There is a larger story of spatial racism in cities before and beyond redlining. Spatial racism was not limited to... 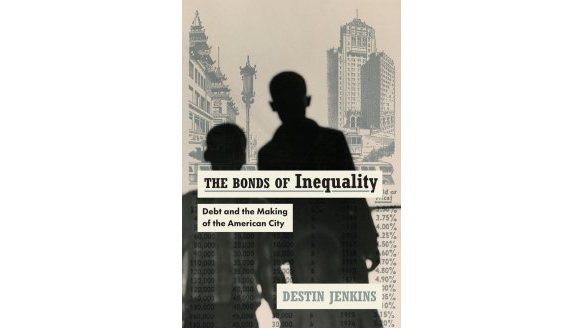 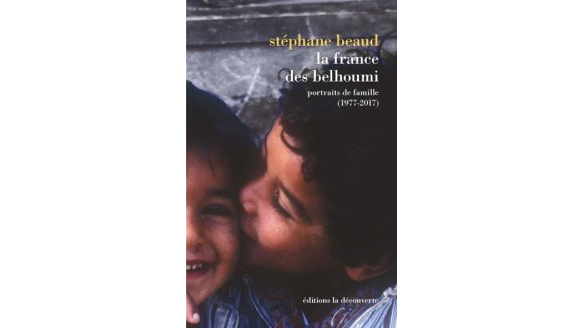 The Belhoumi Family and the Sociologist

Adèle Momméja & translated by Oliver Waine - 15 October 2021
What are the objective and intimate conditions for the social ascension of the children of immigrants? And what... 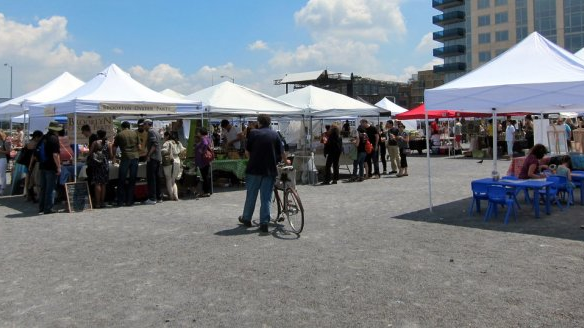 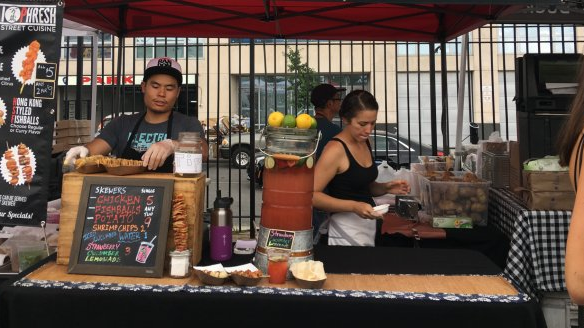