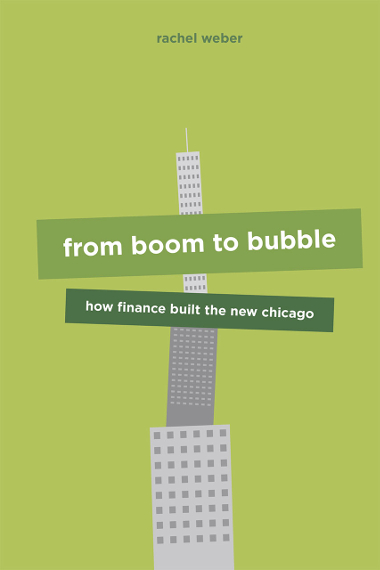 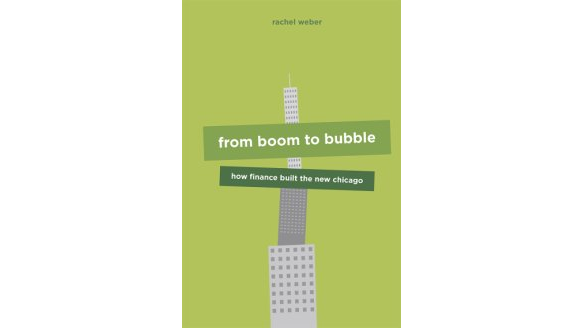 Laura Wolf-Powers - 25 October 2016
The world of downtown real-estate development seems to have a life of its own, independent of demand for space and animated by financialization and public subsidy. Commenting on Rachel Weber’s book From Boom to Bubble, Laura Wolf‑Powers wonders what the creation of 20 million square feet of office space and 34,000 housing units in downtown Chicago during the 2000s has to say about urban redevelopment more broadly.
Recensé : Rachel Weber, From Boom to Bubble: How Finance Built the New Chicago, Chicago, University of Chicago Press, 2015.
urban development / real estate / asset bubbles / United States / Chicago
Download PDF

Obscure news items like this one—“Aramark moving Schuylkill-side as downtown office district shifts west”—have been catching my attention lately, and although the major culprit is a current research project on redevelopment politics in the City of Brotherly Love, I also credit Rachel Weber’s book, From Boom to Bubble: How Finance Built the New Chicago (University of Chicago Press, 2015). Weber’s fascinating book is about what happens to the fabric of cities when markets for offices and apartments and markets for financial assets diverge, as they did in Chicago in the frenzied run-up to the 2008 financial crisis. A professor of urban planning and policy at the University of Illinois at Chicago, Weber spent nearly a decade interviewing private and public entrepreneurs in that city’s commercial real-estate sector, and she intimately observed the boom and bubble of her book’s title, from the “undulating balconies” of a new downtown condominium development (p. 189) to the deconstruction of bas-relief hens and eggs on the exterior of the Beaux-Arts Chicago Mercantile Exchange as it was being demolished in 2003. While unique to its time and place, Weber’s story of downtown Chicago’s building and un-building in the first decade of the millennium contains critical insights for present-day cities, where developers, brokers, appraisers and planners continue to “knit together property and financial markets” (p. 32) in ways that have ambiguous consequences for fiscal stability, environmental quality and social equity.

Beyond demand- and supply-side explanations

Weber begins From Boom to Bubble by counterposing two dominant narratives about how urban property markets function. For real-estate economists, market change is driven by occupant demand in the guise of household formation, business expansion and new business starts. Developers respond to this demand; investors offer capital to developers after reviewing demand projections and pricing risk accordingly. Overbuilding, when it occurs, is the result of the time lag between the acquisition of properties and the delivery of new or renovated buildings. Political economists, by contrast, focus on supply and production: real estate is a speculative vehicle by which investors both store and generate surplus profit. Land and buildings are largely detached from the productive economy, financed and traded in the service of capital circulation and gain. Bubbles are baked into the system. Weber claims that both perspectives lack “attention to the actual actors and institutions that mediate between demand and supply” (p. 30), and centers her own framework on a group of highly networked professionals who produce “systems of meaning” that validate irrational behavior and lead booms to verge into bubbles. Developers, she maintains, rely on real-estate professionals to construct markets for their product even when demand is flatlining; investors fuel speculation by employing ever more novel ways to securitize debt and earn fees; planners facilitate overheated markets with regulatory laxity and abundant public subsidy.

Undergirding Weber’s argument is a close-hand account of the process by which, between 1998 and 2009, developers added 20 million square feet of new office space (a nearly 15% net increase) in Chicago’s downtown Loop area during a period when private employment in the central business district (CBD) declined by about 4%. Similarly, while an increasing downtown residential population absorbed about 70% of the 34,000 new housing units built in the Loop between 2000 and 2010, the evidence is strong that many buyers and renters either had relocated from other parts of the city and region or were “investors hoping to cash in on the run-up in housing prices” (p. 125). Weber’s explanation of how this was possible turns on a relationship-driven organizational culture in which developers, banks, appraisers, brokers and bond raters collectively told themselves (and one another) a questionable story about both the demand for new space and the obsolescence of older buildings. The result was a game of musical chairs in which commercial tenants, often subsidized by public dollars, “traded up” to new space and rendered their former addresses unfashionable and underutilized.

The visible hand of city government

While the property industry is mainly the province of private market actors, From Boom to Bubble makes clear that elected officials and their employees in the City of Chicago had a visible hand in Chicago’s millennial overbuilding. Their primary tool was tax-increment financing (TIF), an economic development strategy that allows municipalities to designate districts as blighted, plan for their redevelopment, and then use the promise of future increase in property taxes to finance associated expenditures. A blight designation—almost invariably paired with a “but for” assurance stating that an area will not be redeveloped without public assistance—might be expected to apply to derelict parcels far from amenities and infrastructure; however, as in many other municipalities, “at the urging of downtown developers, the City of Chicago designated TIF districts in places where they both stood to profit from increased land values” (p. 147). The city then borrowed against future revenue in the public debt markets and, in addition to repairing roads and installing public plazas, passed bond proceeds along to developers to acquire and assemble land or cover their own financing expenses. Weber notes that after 2006, TIF districts in the Loop typically generated sums greater than the city’s own capital budget, reflecting an uneven allocation of public capital between the downtown core and lower-income neighborhoods. City officials also used TIF dollars to help corporations relocate their offices within the downtown and to subsidize the conversion or demolition of “obsolete” older office buildings—an act which, not incidentally, took commercial space off the market to make way for the profit-realization opportunities inherent in new construction.

Brick and mortar, costs and benefits

It is sometimes difficult to discern what Weber believes was most crucially at stake in Chicago’s millennial boom. If overbuilding was a crime, its victims (when the bust hit) were widely dispersed and many were not entirely sympathetic—failed banks, investors on the wrong side of trades, the owners and managers of the older real-estate assets that, through the workings of an irrational real-estate market, had come to be viewed as barriers in the way of progress. The book laments the loss of aesthetically and historically significant buildings, points out the environmental cost and waste entailed in disposing of functional structures before the ends of their useful lives, and invokes lower-end tenants evicted and displaced from Class B and C commercial space. The narrative is less clear, though, about the real-estate cycle’s impact on the many people in Chicago who do not live or work in the CBD. What happened to them as fast money churned through the real-estate commodities of the downtown?

A more modest and measured pace of development, driven less relentlessly by financialization and public subsidy, might have generated unencumbered revenues with which to offer amenities and services to those whose homes and businesses lay outside the Loop. Or perhaps one cannot make this case. Perhaps cash thrown off by frenetic deal-making in the few square miles that comprised the CBD helped keep the city solvent, its teachers paid, its police force equipped to patrol districts miles from the professional- and tourist-friendly sidewalk cafes and pedestrian plazas newly constructed at the center. The book is vague on this question, but it is an important one to answer if we are to reckon the full costs and benefits of urban redevelopment policy as it is practiced not only in Chicago but across the United States.

Back in Philadelphia, September’s announcement that a major corporate headquarters is decamping from the heart of the city’s central business district to a nearby area undergoing “aggressive new development” had a familiar ring, as did a reporter’s note that the project is being aided by cash subsidy and tax abatements from the city and “as much as $20.6 million in state development, infrastructure, and employment-training grants.” If Philadelphia is like Chicago, the excitement generated by new construction activity and new, “modern” spaces may mute clear-headed analysis of who is gaining and who losing from constant, restless building and dismantling of the city’s physical form. 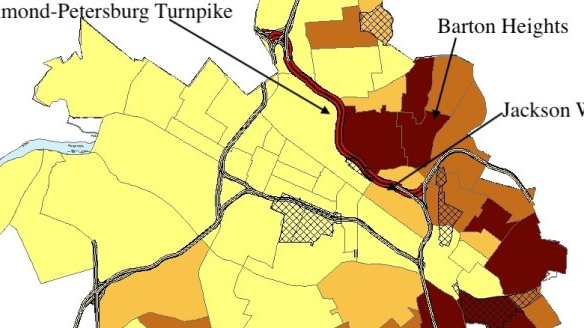