A flat-rate travel card for the Paris region: revolution or illusion?

Farewell, fare zones! For every one of the 3.8 million holders of weekly, monthly and annual travel cards in the Paris region – whether they live in Paris proper or the farthest-flung suburb – a “Navigo” travel card now costs exactly the same. Officially introduced on Tuesday 1 September 2015, three months ahead of regional elections in France, the new flat rate of €70 a month (equivalent to $75 or £50 at the time of writing) allows all Navigo cardholders unlimited travel anywhere in the Île-de-France region. [1] This measure also applies to the Imagine’R travel card (for students under 26) and means-tested concessionary “Solidarité Transport” rates. Previously, a system of fare zones meant that the farther passengers travelled, the more they had to pay for their travel card.

This reform was approved by the regional council and the French National Assembly following a vote on amendments to 2015 budgets. The funding of this measure, estimated at between €400 million and €500 million, will be guaranteed in 2016 to the tune of €261 million from the regional council and €220 million from employers in Île-de-France via the versement transport (VT). [2]

However, can the abolition of fare zones be described as a political revolution? For it is in these terms that the regional council’s ruling centre-left (Socialist and Green [3]) majority has presented this reform. Consider, for instance, the following extract from a debate on the amendment of the regional council’s budget:

The revolutionary move to a single fare zone is a strong choice on the part of the majority. […] It is a factor of regional unity and a vector for environmental and social transition and for the competitiveness of businesses in Île-de-France. It will be a tool for redistribution and increased purchasing power, aimed at those users with the least favourable travel conditions. […] Less than a year before the [COP 21] world climate change conference […], the [flat-rate] Navigo travel card sends a decisive signal in favour of public transport. [4]

Similarly, during the parliamentary debate on the finance law that would enable the VT rate to be increased in the Île-de-France region, prime minister Manuel Valls used most of the same arguments, and indeed a similar tone, asserting that “the single-rate Navigo card [was] much more than a symbol.”

The adoption of a single fare zone is thus directly associated with the major investments in public transport agreed by the central and regional governments, with the aim of getting the Paris region firmly on track in terms of sustainable development. The fact is, however, that dezoning is not that radical a change: it is something that has been gradually introduced since the creation, in 1975, of Navigo’s predecessor, the legendary “Carte Orange” (“Orange Card”) – the first travel card in France to allow unlimited journeys on all modes of transport within a given area for a weekly or monthly fee determined on the basis of concentric fare zones. The successive fusion of Zones 5, 6, 7 and 8 between 2007 and 2011, intended to reduce travel costs for those living in the most distant suburbs, and, more recently, the total “dezoning” for all Navigo cardholders at weekends and on public holidays (from September 2012), and then during the summer period (from July 2013) and all other school holidays (from April 2014), are all measures that have anticipated – prepared the ground, even – for this latest development.

This continuity is also expressed in the measure’s primary objective, namely to boost public-transport use in order to combat automobile dependency and vehicular pollution – arguments first put to the test during the 1973 oil shock and which have proved more than legitimate since the emergence of the concept of urban sustainability. Finally, dezoning is funded in essentially the same way that the Carte Orange/Navigo card has been funded since the 1980s: via the sums refunded to employees by their employers (corresponding to 50% of the total cost of the travel card) on the one hand, and through ad hoc increases in VT – with little consideration for the competitiveness of the smallest businesses.

Notes: (i) from 2016, all rates for Navigo passes will be aligned with the prices for Zones 1–2; (ii) the prices in the table above do not take account of the 50% contribution paid by employers.

The single fare zone is without doubt a sign of solidarity towards some of the region’s most vulnerable population groups. The dezoning of weekly concessionary travel cards will necessarily increase these populations’ economic ability to travel, and also expand their spatial horizons in terms of mobility, as they will no longer have to buy a complément de parcours (fare supplement) in order to travel to places outside the zones covered by their travel card. Nevertheless, this “revolution” neglects many lower-income users, and more particularly those who travel using individual transport tickets, the price of which has increased at a faster rate than travel cards ever since the introduction of the Carte Orange 40 years ago; [5] for these populations, a travel card is often just too great an investment, even at €70.

The single fare zone is in effect a (further) favour to those passengers who have a travel card, who have already benefited from a preferential fare structure for over 30 years. For example, in 2015, “a return ticket between Paris and Montereau-Fault-Yonne (on the region’s south-western edge) costs a non-cardholder €19.90, compared with under €3 for salaried cardholders who benefit from the 50% employer contribution and who make this return journey 22 times a month.” [6] These workers get their money back on a monthly travel card after just two return journeys (four for unsalaried users who do not benefit from the employer contribution). In the face of such significant price discrepancies between travel cards and individual tickets, the number of users switching to travel cards is bound to go up, even if some of these people only use it on an occasional basis – for a month here or a week there – as carnets of tickets used to be in the pre–travel-card era. The flat-rate Navigo card will therefore facilitate use of the transport network, rather than increase usage levels overall, as many existing users will simply switch from paper tickets to travel cards, leading to a significant rise in the population benefiting from the preferential fares described above. Accordingly, travel cards seem to have moved away from their initial role – a bonus for the most frequent users and a tool for increasing ridership by encouraging people to take advantage of unlimited travel – as they are now no longer connected to particular types of network usage.

According to the regional council, dezoning sends a strong signal to “those users with the least favourable travel conditions.” Indeed, as the quality of service, in terms of punctuality and comfort, is distinctly subpar on many RER and metro services because capacity is at breaking point (both on trains and in stations) and because of ageing or outdated rail infrastructure, reducing fares in this way can therefore be seen as a form of compensation for poor service. This sends a simple, but far from reassuring, message about the likelihood of service levels improving rapidly, in particular for new cardholders who could very well decide to abandon the public-transport network as quickly as they embraced it. It must not be forgotten that the role of the fare is inextricably linked to the quality of service when it comes to attracting new users: by disconnecting the two, the message sent is mixed, to say the least.

Finally, for three decades now, the longest commutes have been the most heavily subsidized. These relatively low travel costs have enabled households to access accommodation that is farther out from the city centre but cheaper and/or more spacious. This mechanism therefore potentially encourages residential dispersion, urban sprawl and, ultimately, growth in car use. In the absence of a regional housing policy that can guide these kinds of residential choices (Wiel 2013), the message sent here also runs contrary to regional policy with regard to urban densification.

The answer to this question is linked to another function of the single fare zone, namely the lack of connection between the cost of travel cards and the real production costs of services. In 2014, fare revenues covered, on average, 30% of production costs across the Île-de-France network. This average is very low compared to the rates observed in large cities in Northern Europe (GART 2009). Moreover, it masks significant disparities between different types of tickets and travel cards: revenue from Navigo cards for Zones 1–5 (prior to September 2015) held by salaried workers covered 15% of the real costs incurred by their travel, whereas revenue from paper tickets for individual journeys covered 80% of production costs.

The downward trend with regard to cost coverage cannot last without seriously compromising urgent upgrades to existing infrastructure and the expansion of the region’s transport offer, both of which are vital in order to reduce network saturation and support economic development in the Île-de-France region (Crozet 2012). Indeed, the need for funding is great and operating costs are increasing at a faster rate than both supply and demand in terms of transport (Orfeuil 2005; Faivre d’Arcier 2012).

While it is altogether conceivable that circumferential (rather than radial) uses of the regional network will increase in the future, in particular with the arrival of the new Grand Paris Express lines (in 2030 at the earliest), making concentric fare zones irrelevant, it would nevertheless be a bold move, to say the least, to suggest that such improvements to regional coverage and punctuality not be reflected in distance-related fares! The single fare zone is therefore a short-term policy that is not sustainable economically. If it is to be continued in the long term, as part of a radical transformation of the network’s environmental, economic and social model, cut-rate travel for cardholders has to end as soon as possible!

[1] The Île-de-France region covers the city of Paris and seven neighbouring suburban départements (administrative areas similar to English counties): Hauts-de-Seine, Seine-Saint-Denis, Val-de-Marne, Essonne, Yvelines, Val-d’Oise, and Seine-et-Marne. The region has a total area of some 12,000 km² (4,600 sq. mi.) and a population of 12 million.

[2] The versement transport (“transport contribution”) is a tax that has been levied since 1971 on companies and public administrations with more than nine employees, with the aim of funding public transport. 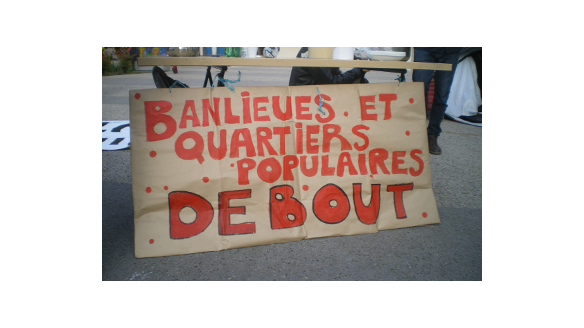