No Lawful Status: Immigrant Youth in a State of Exclusion

Alexis Silver - 24 October 2017
When the Trump administration rescinded the Deferred Action for Childhood Arrivals (DACA) program, nearly 800,000 young immigrants were poised to lose work permits and protection from deportation. The termination of the policy was the most recent change in a constantly shifting landscape. Relying on seven years of ethnographic and interview research in North Carolina, Alexis Silver follows immigrant youth as they age into the early stages of adulthood while navigating turbulent and often conflicting political climates at the local, state and federal levels.
immigration / migration / citizenship / youth / Deferred Action for Childhood Arrivals
Download PDF

Diana [1] loved her job. [2] She worked as an assistant to a local realtor. She liked dressing up for work, felt respected by her employer, and enjoyed learning about a new industry. After work, she drove herself to community college, with a license that she had acquired once she received Deferred Action for Childhood Arrivals (DACA) status. On the weekends, she helped her mom run errands, went to church, and played soccer on her championship-winning team. After graduating high school in 2008, she felt like she was finally settling into the adult life she had imagined. The road she had travelled was not smooth, and she again felt the ground disappear from beneath her feet when Attorney General Jeff Sessions announced that the Trump administration was rescinding DACA on September 5, 2017. The announcement ended the program that had offered young immigrants like Diana who had arrived in the United States as children protection from deportation, and the opportunity to work in the country where they had grown up.

For Diana and other youth growing up in states that had ramped up anti-immigrant policies within the last decade, political shifts at the national level magnified exclusionary contexts in their home states. DACA had come as welcome relief after years of battling exclusionary policies at the state and local levels in North Carolina, but the temporary policy of prosecutorial discretion did not withstand the wave of anti-immigrant policies ushered in by the Trump administration.

For unauthorized immigrant youth in North Carolina, the end of DACA was not the first time they had experienced the heartbreak of policies crucial to their development being taken away. In 2008, undocumented youth experienced a similar turn of events when the North Carolina Community College System (NCCCS) passed a resolution barring undocumented students from attending community colleges throughout the state (NCCCS 2008). Diana, an undocumented immigrant from Guatemala, vividly remembers the shame and devastation that she felt when the admissions officer at her community college called her to the front office and told her that she would have to leave the premises. Diana explained, “they told me that I couldn’t study there anymore because I didn’t have a social security number or a green card. And after, I cried because all of my dreams and everything, they just disappeared.”

The administration caught their mistake the week that Diana began community college. The NCCCS Board cited a strict interpretation of the federal Illegal Immigration Reform and Immigrant Responsibility Act of 1996 when they determined postsecondary education to be a state benefit, and thus deemed unauthorized immigrants ineligible from enrolling. This interpretation was a far cry from the interpretation of more welcoming state policies—like those in California and New York—that offered unauthorized immigrant youth access to in-state tuition and some tuition assistance. Diana knew about the community college ban on undocumented students, but because no one mentioned her status when she registered for classes, she thought she was safe.

Instead of going to college, Diana joined her mother and older sisters at a paper factory. She saw the toll that factory work had taken on her mother’s health, and she considered leaving her family and returning to Guatemala, where she hoped to pursue college. Diana’s opportunities changed suddenly when President Obama announced DACA on June 15, 2012. DACA aimed to offer more security to unauthorized immigrants under the age of 31 who were brought to the United States before their 16th birthday, were educated in US schools, had no criminal history, and were enrolled in school or had earned high-school diplomas or GEDs, or served in the military. With almost 30,000 DACA beneficiaries by 2016, North Carolina was home to the seventh-largest population of DACA beneficiaries in the country, trailing only the more traditional migrant-destination states of California, Texas, Illinois, New York, and Florida, and the border state of Arizona. [3] Nonetheless, or perhaps in part because of the size of the DACA beneficiary population in North Carolina, DACA recipients in the state continued to be treated like second-class residents.

DACA gave Diana a reason to stay in the US, and it motivated her to seek better-paying work and return to college. Yet out-of-state tuition remained a barrier to enrolling in college full time, and her plan to obtain a driver’s license was delayed when the North Carolina Division of Motor Vehicles (DMV) temporarily ceased issuing licenses to DACA beneficiaries in response to public backlash against the federal policy. Although beneficiaries in the state were thrilled to ultimately gain access to driver’s licenses and the independence that came with the ability to drive, they were disheartened that the licenses were marked with the phrase “LEGAL PRESENCE NO LAWFUL STATUS” (see Figure 1). Thus, even with the temporary authorization granted by DACA, official documentation from North Carolina reminded beneficiaries in bright red letters of their outsider status. And, of course, because DACA was implemented as a temporary measure of prosecutorial discretion, Diana had no safety net to catch her when the Trump administration overturned the policy. 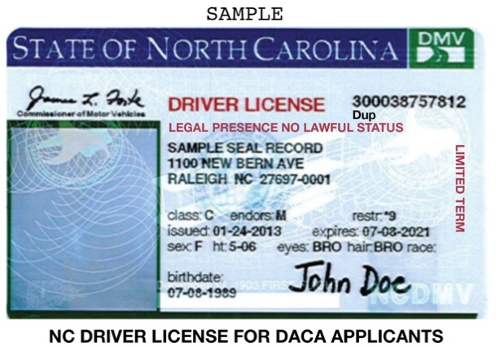 In new destination states, or states that experienced rapid demographic shifts since the 1990s due to new immigration flows, unauthorized immigrant youth like Diana faced particularly hostile political climates as they aged into the early stages of adulthood. Exclusionary laws and ordinances have been especially prevalent in Southern states (Leerkes, Leach, and Bachmeier 2012), where many Latino immigrants are unauthorized. According to the US Census, the foreign-born population in North Carolina grew at a rate of 273.7% between 1990 and 2000, the fastest rate of growth in the country. Among children of immigrants, the growth was even faster, with a 508% rate of increase between 1990 and 2008 (Fortuny 2010). By 2015, the foreign-born population had reached 794,684 individuals, or nearly 8% of the total population, up from less than 2% in 1990. And while only 2% of children under the age of 18 were foreign-born, 412,444 or 19% of all children in North Carolina had at least one foreign-born parent in 2015. As the state’s demographic profile shifted, politicians and school administrators grappled with how to respond effectively to the new and largely unauthorized population.

As institutional policies became more restrictive and local-level enforcement intensified, youth like Diana became acutely aware of the anti-immigrant climate in their home state. Nonetheless, they developed close bonds with their teachers and neighbors, and these connections helped them immensely when policies like DACA suddenly opened up opportunities for work. Diana, for example, capitalized on a social connection to a local woman that her mother had worked for as a nanny. Nearly a decade later, the woman maintained a close relationship with the family, and connected Diana to her friend who needed help in her realty office.

Diana’s story illustrates what I call tectonic incorporation (see Figure 2). As Diana traversed her path from high school to her first full-time job, she was forced to navigate political and institutional structures that moved unpredictably around her. Teachers, family friends, and a mostly welcoming high school offered her spaces of inclusion, but her journey to adulthood was marked with bitter disappointments as she struggled to gain access to college and the workforce. Diana found herself constantly adapting her plans, ambitions, and identity as she responded to legislative and institutional circumstances that overlapped and often conflicted.

Like tectonic plates, the structures upon which Diana stood moved underneath her feet. Political and institutional shifts at times felt like earthquakes, pitching Diana into chasms of near helplessness. But, when policies became more accommodating and plates at institutional and political levels converged, they could also act like mountains, propelling Diana upward and closer to her goals. When Diana was granted DACA status, she immediately got a new job, and she enrolled in community-college classes as soon as she saved enough money to pay the out-of-state tuition. She felt like she was finally climbing toward her goals, but her plans again began to crumble around her when Attorney General Sessions announced the termination of DACA. This was the second time that Diana felt her accomplishments ripped away from her by policy shifts that seemed, at least to her, to be enacted with little regard for the impact these changes would have on the life trajectories of youth who had grown up in the United States. 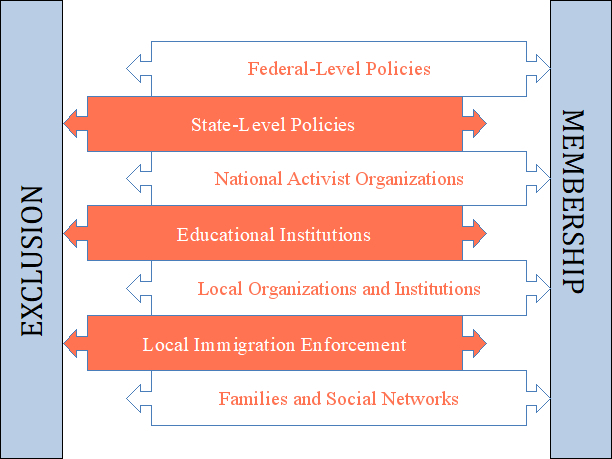 Fighting for a stable foundation

With the expiration of DACA rapidly looming, youth all over the country fear for their future opportunities. Activists have fought tenaciously against deals that would position youth as a bargaining chip for harsher immigration enforcement. If Congress is unable to pass a law addressing the DACA beneficiaries, young immigrants throughout the country will lose work permits, jobs, and protection from deportation. Their communities will lose teachers, social workers, nurses, doctors and other promising young employees in all industries.

And yet, the end of DACA will affect beneficiaries in various states differently. While youth in more welcoming states like New York and California know that they would retain access to in-state tuition, more extensive scholarship opportunities, and, in some cases, driver’s licenses even without DACA protections, youth in North Carolina have few protections if the policy were to lapse without a legislative replacement. For youth like Diana, fighting for a future in what they consider their home states and country feels increasingly urgent, yet it is often an exhausting task. Young immigrants have answered this task with courage. Achieving a secure future for Diana and other DACA beneficiaries requires vigilance and action from people within and beyond immigrant communities at the local, state and federal levels.

[2] Excerpts from Shifting Boundaries: Immigrant Youth Negotiating National, State, and Small-Town Politics, Alexis Silver © 2018 by the Board of Trustees of the Leland Stanford Junior University. All rights reserved. Forthcoming with Stanford University Press (www.sup.org) in hardback, paperback and ebook formats.

[3] Source: US Citizenship and Immigration Services, 2016. 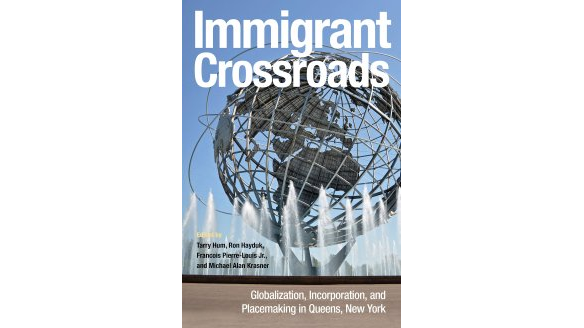 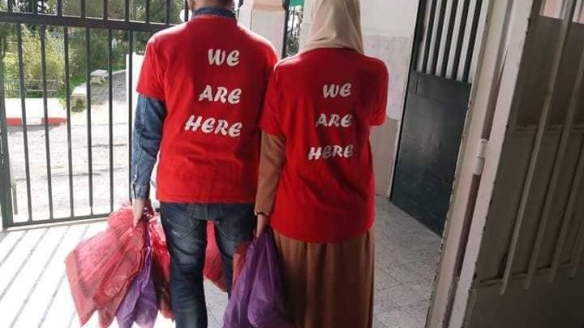 Algeria’s Hirak: When a Social Movement Puts Citizenship Under the Microscope

Islam Amine Derradji & Amel Gherbi & translated by Oliver Waine - 26 March 2021
The popular mobilization that rose up in Algeria in 2019 was not only a revolt against living conditions that had... 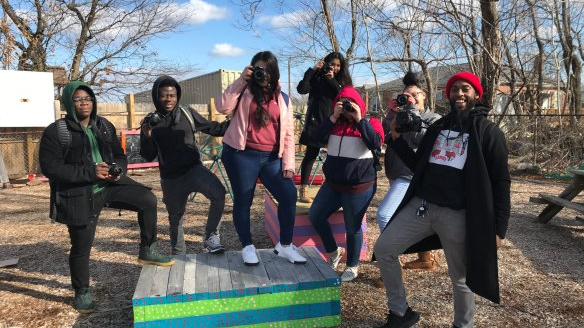 Fighting for Housing Justice: An Interview with Two Youth Organizers in Curtis Bay,... 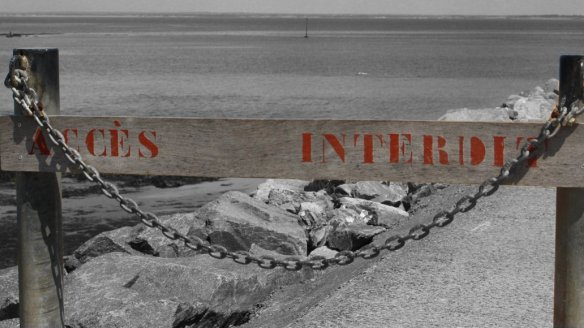 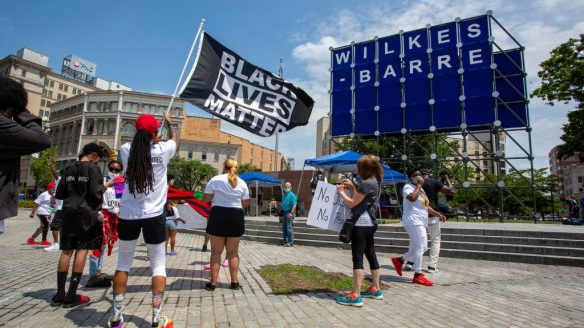