The global nature of environmental crises has historically led to phrases like “think globally, act locally,” emphasizing the need to acknowledge the broad impacts of human development. As national governments struggle to implement policies to address global climate change, cities are becoming the practical centers of policy innovation for sustainability. The stark contrast between national and city leadership is particularly evident in the United States, where hundreds of city mayors have signed climate pledges even as the US federal government plans to withdraw from one of the most proactive international treaties to date. More recent evidence of the policy gap between cities and the nation-state is the commitment made by over 50 mayors in the US to transition their jurisdictions to 100% renewable energy. In 2015, former New York City mayor Michael Bloomberg referenced this growing emphasis on cities when he said municipalities are “poised to play a leading role in addressing the challenges of the 21st century.”

Although cities like New York, Paris and London have taken the rhetorical lead in the city-scale response to climate change and associated sustainability, resilience, and energy-efficiency plans and policies, many cities have responded to the climate-change challenge with less international fanfare. In this essay, we highlight how mayors have influenced sustainability policymaking in four cities in the southeastern US: Atlanta, Houston, Orlando, and New Orleans. Through in‑depth key-informant interviews, we researched the role of mayors in claiming and publicly valuing sustainability, seeking and securing external support, and institutionalizing sustainability—all of which impact policymaking.

One way cities are demonstrating their commitment to sustainability is by joining high-profile regional, national, and transnational networks. These networks are initiated by public, private, and philanthropic organizations, and facilitate the design, adoption, and implementation of sustainable energy, water, transportation, and land-use policies at the city scale (Mocca 2017), thereby contributing to (oft-insufficient) public-sector efforts to address some of the wicked problems of the 21st century. Our case studies were selected from the pool of cities that are part of the City Energy Project (CEP), but they are also a part of other networks, including the Urban Sustainability Directors Network (USDN), ICLEI, [1] 100 Resilient Cities (100RC), the Cities Climate Leadership Group (C40), Better Buildings Challenge (BBC), and the Covenant of Mayors.

In the sustainability and climate-change arena, these city networks involve partnerships with public, private, and philanthropic bodies and innovate around thematic goals, such as energy efficiency, urban resiliency, and climate mitigation (Clark 2017). Participating in these organizations provides cities with a peer network with which to share best practices, access to technical and financial resources, and support in the adoption of sustainable policies at the city scale (Clark 2018).

As seen in Figure 1 above, which shows a map of US cities’ participation in sustainability-themed networks, we found that some networks have a much wider span than others. For instance, only 12 cities in the US are a part of the C40, which is a global network of megacities, while 139 cities are a part of the regional USDN. There is also significant overlap in network members: some cities that participate in at least one of the networks are likely to participate in several.

In these networks, the importance of mayoral leadership in committing to sustainability is not in question. Several scholars have articulated how pioneering mayors have advanced sustainability in the international system (Acuto 2013; Bulkeley and Betsill 2013). Both the ICLEI and C40 networks were pioneered by mayors at their inception. C40 was established in 2005 by former mayor of London Ken Livingstone, who convened a meeting of megacities to take action towards reducing greenhouse-gas (GHG) emissions. Similarly, ICLEI evolved from a network of pioneering cities whose experiences with carbon emission reduction were then used to establish one of its first programs, Cities for Climate Protection, in 1993. Leadership by mayors is necessary to move the needle on global challenges locally. Based on an examination of ICLEI’s flagship Cities for Climate Protection program, Betsill (2001) finds that political will is integral to linking climate change to the local context and creating space in the local agenda to undertake appropriate action. But how does political will by city mayors translate into policymaking on the ground?

The first and perhaps the most visible way in which mayors influence local policy is by publicly showing that they value sustainability, namely through directives, resolutions or attending and speaking at events. A prime example of this approach is the Global Covenant of Mayors (formerly known as the Compact of Mayors), which was launched in 2014 and has since garnered signatures from 7,250 mayors around the world (see Figure 2). Mayors that join the Covenant of Mayors commit to taking an inventory of the impacts of climate change in their city within a year, establishing a system of measurement and targets by the second year, and establishing a climate action plan by the third year. In Atlanta, for instance, former mayor Kasim Reed formed the Office of Sustainability early in his first term, paving the way for the cities sustainability campaign Power to Change. In 2015, the city of Atlanta published its first Climate Action Plan, which covers areas such as emissions reduction, energy production, transportation, and food production. Moreover, in 2016, Mayor Reed joined the Board of Directors of the Global Covenant of Mayors, gaining visibility for the city’s actions on a global platform and also representing the voice of cities in global climate agreements. 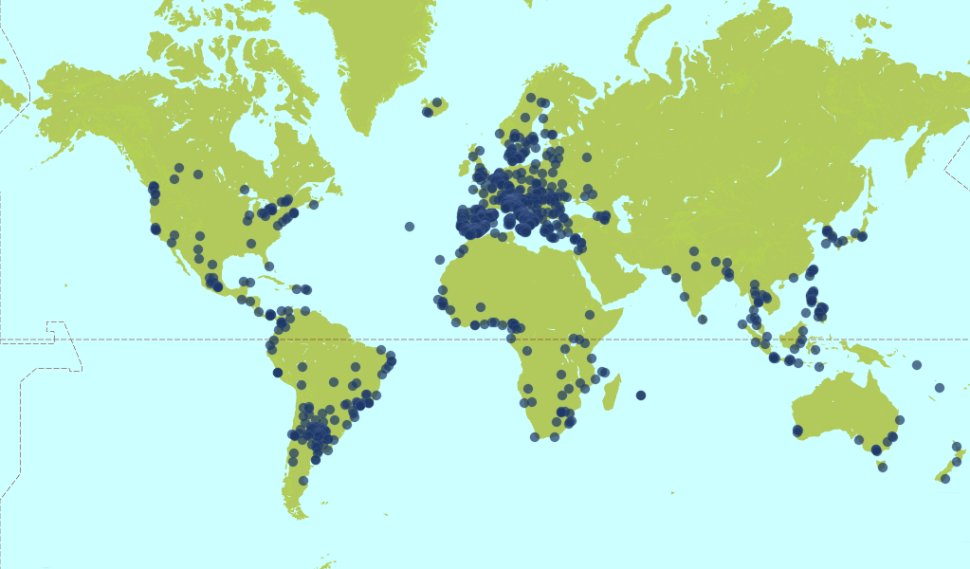 The second way that mayors are influencing local sustainability policymaking is by joining networks that provide the city with additional technical and financial resources to address sustainability. A key example is the 100 Resilient Cities (100RC) initiative launched by the Rockefeller Foundation in 2013. The mayor plays an important role in the selection process. In addition to supporting the city’s application to the program the mayor of each city is required to fly to New York for an in-person interview with the project leads at the Rockefeller Foundation, to try to convince the network of their commitment to the initiative’s shared goals and why their city should be selected. An example within the US is the City Energy Project (CEP). Cities selected to be a part of the CEP network commit to addressing energy efficiency in buildings. As with 100RC, in order to apply to be part of CEP, city staff need the mayor’s support. The ultimate goal of the initiative is to support the adoption of mandatory building-energy benchmarking policies in the member cities.

In our research, we found that mayoral leadership can greatly affect how impactful such network affiliations are in terms of policymaking. For example, in Atlanta, former mayor Kasim Reed supported the city’s CEP bid and the subsequent commercial building-energy benchmarking ordinance passed in 2015 made Atlanta the first CEP city to adopt a mandatory policy related to this topic. Houston, by contrast, was the only Phase 1 CEP city not to pass any mandatory benchmarking policy. The city’s failure to adopt a policy may have been due to what former mayor Annise Parker called “the Houston way,” where the government seeks to incentivize positive change, but never mandate it.

While network resources can provide a useful boost, they are finite, and often cities are left with elegant and ambitious plans and no one to implement them or evaluate their effectiveness. Thus, the third, and arguably most permanent, way that mayors are influencing local sustainability policy is by investing in internal capacity building. It is now almost expected that a medium-to-large city in an advanced country such as the United States has a sustainability office or some equivalent. However, this is in fact a recent development. Among our four case-study cities, we found a wide variation in internal capacity for sustainability. The earliest institutionalization of sustainability capacity through the establishment of a sustainability office was in the mid‑2000s in Houston and the latest in 2016 in New Orleans.

Assessing the role of the mayor in sustainability policymaking

Historically, city mayors in the United States have played an important role in bringing progressive urban governance to cities and pursuing city-level policies to achieve national and global goals (Clavel 2010; Fainstein 2010; Mollenkopf 1983). By aligning themselves with policies and programs addressing inequality and allowing greater citizen engagement, their support in a city’s evolution towards progressive policy and planning processes is undeniable (Barber 2013; Clavel 1986). When it comes to policymaking and planning for sustainability, which incorporates a progressive agenda of incorporating social and environmental costs into policy and planning processes, we find that mayors in the US influence local sustainability policies in specific ways. Progressive mayors are engaging directly with their peers in an effort to address global challenges through local action. Through publicly valuing sustainability and joining city networks, cities are increasing awareness and setting ambitious goals. On their own, however, neither one of these approaches ensures long-term achievement of sustainability goals and policies. The goals set in resolutions, plans, and network pledges are typically not binding and are often too ambitious. Although networks can help instigate target setting and even policy adoption, they do not provide the resources necessary to implement and evaluate these initiatives.

Our research revealed that mayors still struggle to institutionalize sustainability within the fabric of local government. Since signing pledges and passing nonbinding resolutions is fairly low-cost and high-reward in terms of political popularity, there is a danger that mayors will lean too heavily on these tactics—committing to goals without achieving them. Through a combination of publicly valuing sustainability, seeking and securing external support through networks of peer cities, as well as institutionalizing sustainability by building internal capacity, mayors are playing a major role in addressing global environmental and climate challenges locally.