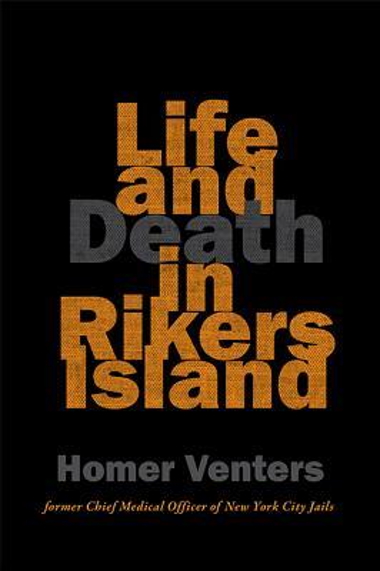 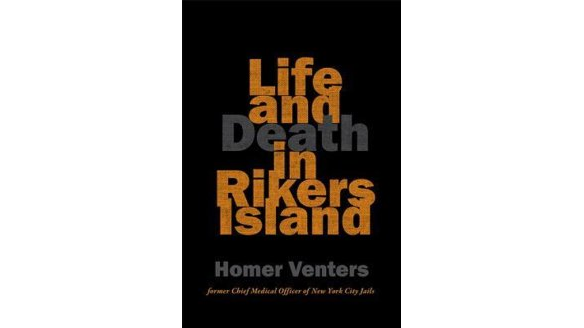 Homer Venters, a member of Physicians for Human Rights and former head of Correctional Health Services in New York City, uses a human-rights perspective to examine incarceration as a health risk in Life and Death in Rikers Island (2019). The book advocates for the closure of Rikers Island, one of the nation’s largest detention facilities. The New York City Department of Corrections manages eight jails on Rikers Island, plus one jail each in Manhattan, the Bronx, and Brooklyn. Venters is closely acquainted with the antiquated and flawed structure of the system, as well as the culture of violence, neglect, and secrecy pervading Rikers. He analyzes injuries, sexual assaults, solitary confinement and racial disparities in treatment, with a focus on inmates with behavioral health issues. This book invites us to take a tour of how systems of domination and totalitarian institutions operate. It also explores how the culture of violence inside the jails leads to conditions that can be life-threatening. While the book provides an illuminating window into what occurs in Rikers, it does little to advocate for the necessary structural changes that can prevent these sorts of things from happening.

Life and Death in Rikers Island explores the systematic indifference that permeates one of the most controversial jails in the nation. Venters seeks to make all aware that jail creates health risks for the incarcerated through its indifference to the safety and well-being of its population. The institution’s design fosters and perpetuates these hazards.

The narratives featured in this book are disturbing and shocking, unless you have been through the intake process or have had to deal with both medical and security staff that are at odds with how an inmate’s health should be prioritized. I have. Spending two years in pre-trial detention, the internal workings of what I would describe as the most inner circle of hell were a reality for me, and not just real—normal. Although I was lucky enough to come out of this ordeal pretty much unscathed, that was not the case for the men and women named in this book. Venters captures the failure of an institution to look after its inhabitants, the failure of its medical staff to properly care for those in need, and the failure of its security staff to keep problems at bay, instead often creating new ones and exacerbating existing ones. Venters gives identity to the unknown masses that cross the bridge to Rikers each day, some of them not making it out alive. When you are arrested, you expect many things: your bail to be set as high as the ransom of a prominent figure’s daughter; to be housed with a large number of people; to be treated without dignity or respect; to eat food that is subpar at best; to have to battle the courts for your freedom. You don’t expect to have to fight for your life and face death, especially a preventable death—or, even worse, a death caused by the actions of those hired to oversee your health and security while you are in jail.

Venters explores the relationship between health, human rights, and incarceration. The severity of the violence and indifference that inmates suffer violates many of their human rights. He notes: “Incarceration is a space of common and profound abuse, neglect, and substandard care for patients” (p. 4). Although the incarcerated are the only population in the United States that has a constitutional right to healthcare, this right is infringed upon in both blatant and subtle ways that many are unaware of, and about which Venters enlightens us all.

Venters explores the cases of nine men and women who suffered due to their treatment—or lack of treatment—at Rikers. All of them deserve mention, but here I highlight examples of the most blatant abuses that occurred during 2014.

Carlos Mercado was arrested in Brooklyn on a drug-related offense, and admitted to Rikers simply because he could not make bail, which is the case for “about 40% of inmates in the NYC jail system” (p. 154). [1]1 Upon his arrival at the intake center, Mercado informed officers that he was a diabetic and in need of insulin. The response of the officers was a common one: Mercado was assumed to have been suffering from a heroin withdrawal and given a garbage bag to collect the vomit that he was spewing. As the hours passed, Mercado showed increasing signs of distress, at one point lying prone on the jail’s grubby floor. Captured by the jail’s video monitors, officers step over the dying man to pursue their routine activities. After about 12 hours of this treatment, Mercado was finally escorted to see medical staff at Rikers. He was not treated nor helped in any meaningful way, and subsequently died of diabetic ketoacidosis, a condition that requires immediate emergency care, and that the jail’s health staff were ill equipped to handle. What type of environment allows a sick man to go 12 hours with no care except a barf bag? An environment where it is normal for security staff to walk over a man in distress to go about their normal routines. Just as the security presumes that all who cross the bridge to Rikers and enter its intake are guilty, so too do they perceive a man in need of insulin to be “dope sick.”

Angel Ramirez was determined by health staff to be suffering from alcohol withdrawal, and housed in an area in the jail designed to be easily accessible to health staff. After acting erratically in correspondence with the withdrawals he was experiencing, Ramirez was beaten several times by corrections officers. He was then dressed in a clean jumpsuit, and placed in the medical clinic with no explanation. Taken to the hospital, Ramirez died shortly after from injuries consistent with a severe beating. No one involved was held accountable for Angel Ramirez’s death.

Hog-tied and beaten for at least 10 minutes by correction officers, Robert Hinton was one of the lucky ones. He not only survived the beating, but was able to witness disciplinary actions imposed on the officers: a rare occurrence in an institution that is not only physically separated from the public, but in all other aspects operates under a cloak of secrecy that mirrors the most clandestine organizations. Through a lack of disclosure and no effective form of oversight, jails operate much like our government security agencies: information is only generated on a need-to-know basis.

Even for doctors, nurses, and social workers, interactions with patients are influenced by the security setting in which they work. The most innocuous interactions with patients are conducted with an ever-present consciousness of the fact that they are operating within a secure institution. Healthcare professionals working in the jail are torn between taking care of their patients and being influenced by the security environment, forcing them into a no-win situation. Venters argues: “Inside the walls of US jails and prisons, dual loyalty is so widespread and accepted that only when a patient dies are questions asked” (p. 73). Venters’ explanation for the health department’s inadequacy attempts to absolve them of responsibility in the mistreatment of patients. There is no doubt that the phenomenon of dual loyalty exists; however, the ethos of healthcare is to put its patients first, and sometimes treatment regimens are in opposition to the routines of security. Health staff cease to act in the best interests of the patient because the security perspective drives their frame of reference. This unprincipled method of operating affects how the health service responds to emergencies within a correctional setting.

In the interest of the people

Venters ends each chapter with a proposed solution to the many problems with Rikers, and concludes by arguing that Rikers should be closed for good, a movement that has gained momentum in the past few years. Venters fails to address the structural changes that need to happen within the correctional institution as a whole. He also appears to have a biased insight into the role of the health system, portraying healthcare workers and institutions as victims of the security setting in which they work. He does little to attribute culpability of the correctional healthcare system to its own flaws in design, whether it be for-profit health companies or nonprofit organizations that both consider cost-effectiveness as the bottom line, at the expense of the incarcerated. He neglects to offer viable solutions that will eradicate the abuses that are sure to follow smaller jails into their new settings. Nonetheless, he provides a succinct description of the horrors that exist in jail, therefore bringing to light and giving voice to the anonymous and invisible population of the detained.

[1] Recently passed bail-reform legislation in New York State (see: www.courtinnovation.org/sites/default/files/media/document/2019/Bail_Reform_NY_Summary.pdf) should improve this situation—and, even before the legislation, findings suggest that judges are relying less on bail and more on alternatives to bail. (see: www.themarshallproject.org/2019/03/14/new-york-city-s-bail-success-story).