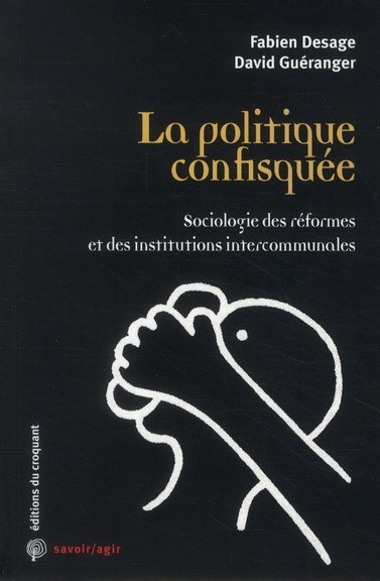 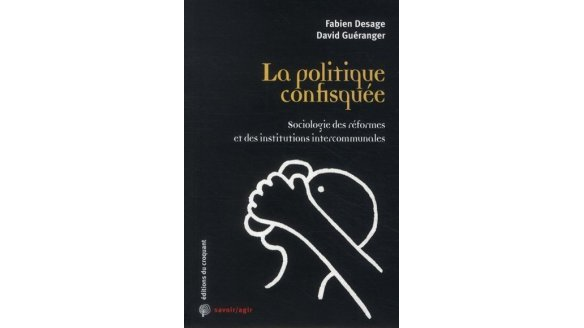 Intercommunality, or the broken promises of local democracy

In France, intercommunalities – intermunicipal structures covering several communes (municipalities) that typically form a single urban area – have proved to be major players in terms of territorial management. And yet these bodies remain poorly understood by the French public, for whom the commune still represents the building block of local democracy, and mayors the most popular political figures. Fabien Desage and David Guéranger’s work provides the keys to understanding this enigma. It reopens what the authors feel to be a “confiscated” debate on the foundations of intermunicipal government and, more generally, on the reform of local authorities. Here, the authors bring to the fore their empirical research, conducted over several years in two types of intercommunality – an agglomeration community [1], based in Chambéry, and an urban community, based in Lille – in order to highlight the dominance of local councillors’ corporate strategies and of institutional constraints and pressures. One of the merits of this work is that it defends an explicit and unequivocal hypothesis, namely the “domestication” of intermunicipal institutions by local councillors who, far from being destabilised by these new public establishments for intermunicipal cooperation (in French, établissements publics de coopération intercommunale or EPCIs), have shown they know how to take ownership of them and use them to obtain new resources for their own communes. This work underscores the intricacies of a form of democracy that is more “censal” than “representative” – which, paradoxically, has proved to be the key to intercommunalities’ success.

In the first part of the book, the authors begin by exhorting us not to fall for the illusion that intercommunalities are something new and innovative. Indeed, they take this opportunity to remind us that the first intermunicipal reforms made their appearance in the 19th century. Next, they demonstrate that, behind the historic succession of forms of cooperation (from the first syndicates of communes to today’s EPCIs with tax-raising powers), the objectives of reforms in this domain have remained remarkably stable: essentially, to “modernise” local public action by reducing the fragmentation generated by the very large number of communes in France. [2] The authors refute the notion that intercommunality is an irresistible historical process and insist on the growing influence of local councillors (and their “corporate” associations, such as the powerful Association des Maires de France – Association of French Mayors) in the definition and appropriation of reforms. The fact that intercommunality is a regularly raised issue is explained by the influence that local councillors have managed to obtain and exercise over the content of reforms. Far from applying the constitutional principle of “free administration” at local level, these reforms have always given local councillors significant leeway to implement new structures and accommodate communes’ existing interests. Whether in terms of defining boundaries, distributing resources or transferring responsibilities, the authors show that the setting-up of intercommunal bodies can be combined with a “reinforcement of the institution of the commune and its own objectives, to the detriment of the new [intercommunal] body” (p. 95). Some mayors, for example, view the creation of intercommunalities positively, as it enables them to transfer responsibility for certain costly facilities (such as sewage treatment works) and to free up, within their communes, additional budgetary margins for manoeuvre.

In the event, change did not necessarily occur in the areas originally expected: the proactive, voluntarist approach of successive “reformers” (Gaullist elites, followed by senior civil servants from the interior and finance ministries, and specialist experts) has been largely undermined by arrangements with local councillors who have managed to “neutralise” the changes to be enacted. Intercommunalities have therefore taken their place more discreetly in the French administrative landscape during long periods of no reform where administrative “routine” has taken over. The political and institutional debate, covered extensively in the media, was put to one side and “the defensive vigilance of mayors relaxed” (p. 98). Senior civil servants, seeing the political constraints eased to some extent, could take the initiative more easily and promote intermunicipal cooperation policies that would gradually help make intercommunalities essential. Readers may nonetheless regret that these periods of stability – by definition the longest periods in the history of intercommunal institutions – occupy only a small part (a single chapter) of the work. In focusing on the much shorter episodes of reform (essentially in the 1990s and 2000s [3]), the authors touch only briefly upon the progressive structuring of bureaucracies and public policy at intercommunal level.

The second part of the book deals more specifically with the mechanisms of “local democracy”. It meticulously details the “consensual and municipalist political regime” (p. 165) that dominates intercommunal government. From this standpoint, it further explores a number of generally convergent works concerning the elitist aspects of the way intercommunalities are run. [4] Unlike the majority-based phenomena that characterise representative assemblies, intercommunalities are dependent upon constantly achieving a consensus between its main protagonists – the mayors of its member communes – that transcends party-political divisions. Instead of introducing a new territorial framework – urban areas – for the implementation of public policy, intercommunalities all too often function on the basis of negotiations between the individual interests of the various member communes. The authors, through their respective investigative studies, reveal that the key decisions are made behind closed doors in the intercommunal council offices, within thematic committees and in group presidents’ meetings. Even during election periods, intercommunal government remains a seldom-debated issue.

Given that this is the case, publicity concerning intercommunal responsibilities has essentially resulted from action taken outside the institutional sphere, typically with regard to specific issues such as the installation of a major facility. The authors tell us that discussions are never more productive than when conducted between peers – in other words, it is precisely because intercommunal government is in the hands of local councillors that these councillors are more amenable to accepting the transfer of resources from communal to intercommunal level (i.e. the agglomeration community or urban community), to achieving consensual compromises, and to setting aside traditional party-political divisions. The authors then take on the perilous task of analysing the consequences of this method of operating. First, the costs of intercommunality prove particularly high, as this kind of regime is ill-suited to economies of scale and redistribution policies; on the contrary, it encourages the dissipation of financial resources and compensatory measures, as illustrated by the case of intercommunal highways budgets, which – according to the authors – are diluted in “envelopes” allocated to individual communes. (p. 155). Second, the political inequalities of local democracy are reinforced: the new intercommunal functions have accelerated the “professionalisation” of a minority of elected officials who accumulate responsibilities and allowances and weaken the role of “standard” councillors in comparison to that of the mayor, who is “promoted to being the almost exclusive representative of the commune within the EPCI” (p. 196).

The image portrayed is therefore a particularly disenchanted one of intercommunalities that are appropriated by mayors and are prisoners of institutional protocol. However, is it intercommunalities themselves that are actually at fault? This is a question that deserves serious consideration, given how often the same elitist tendencies are observed in local authorities (communes, départements and regions), with a decline in the influence of deliberative assemblies and a corresponding increase in the number of opaque decision-making instances (such as steering committees) and a concentration of local power in slimmed-down executives surrounded by technostructures.

Politics in a vacuum?

The approach adopted by this work shows the utility of a sociology of institutions that is attentive to the mobilisations and corporate strategies of local councillors who are attached to the territories in which they are elected (in this case, communes). In general, this approach reveals the limits of territorial reforms, which, far from representing a proactive “big bang”, instead resemble adjustments on the margins of the existing institutional order. The authors’ conclusion is therefore that local politics has been “confiscated” by elected officials who act with increasing independence with regard to the citizens they represent. But could this criticism be turned around? Adopting an approach that focuses on local political elites and considers them in a uniform fashion will necessarily bring the actions of these elites to the fore. This approach consequently neglects other aspects of intercommunal operation.

First of all, elected officials (even mayors) have unequal resources at their disposal, are restricted by a hierarchical structure, and are subject to multiple party-political constraints (coalition agreements, campaign promises, the importance of a given commune within an urban area, etc.). As a result, their behaviour within intercommunal structures is not necessarily of an unequivocally rational nature. In this regard, we might question whether the intercommunalities covering large urban areas can be considered in the same way as those covering groups of small rural communes.

Second, local councillors today have to deal with powerful intercommunal administrations and major partners (large private urban services groups, property developers, major financial groups, etc.) that possess the necessary expertise and know-how to define policy at the scale of entire urban areas. The hypothesis that holds that effective intercommunal redistribution policies are not possible – defended by the authors – perhaps therefore needs to be adjusted according to specific areas of intervention; constraints and opportunities are not the same everywhere. Certain sectors, no doubt less visible and less politically advantageous (such as environmental and economic issues) than others (such as urban planning and highways), may escape the process of compromises between communes.

Third, and finally, the debate on intercommunality does, in some circumstances, extend beyond the sphere of local politicians and senior civil servants and can concern various segments of society, first and foremost the economic circles directly affected by changes in scale of public action. For instance, the new status of “métropole” (“metropolis”) that was created for the largest urban areas by the territorial reform act of 16 December 2010 may have aroused strong opposition among local councillors, but it was more warmly received by business and developers. Although, ultimately, the territorial reform act has hardly vindicated these latter groups, the controversy provoked at the time enabled them to advance their “metropolitan cause”, namely a call to increase the resources and powers available to France’s major conurbations in order to more effectively meet the demands of globalised territorial competition. This controversy also enabled the balance of compromise to be shifted, albeit modestly, by inciting councillors to take a stand on the question of governance on a metropolitan scale. This is illustrated by the discussions initiated in a number of regions regarding the emergence of “metropolitan hubs”, or by the recent evocation by prime minister Jean-Marc Ayrault of a “Marseille metropolis”. However, there is a long way to go between this and the situation where the metropolitan scale is considered a real and relevant public forum for debate – and that is unlikely to change as long as discussions on the subject are limited to a very small minority. The “confiscation” of territorial issues has a long future ahead of it – even if local councillors are not the only ones involved.

[3] Episodes triggered in particular by the law of 6 February 1992 relating to the territorial administration of the French Republic and the law of 12 July 1999 relating to the reinforcement and simplification of intercommunal cooperation, more commonly known as the “Chevènement law”. 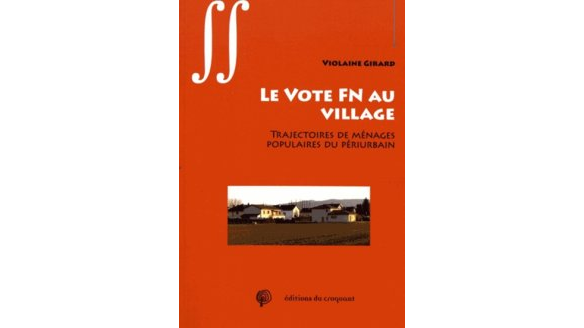 Political Conservatism and the Working Classes in France 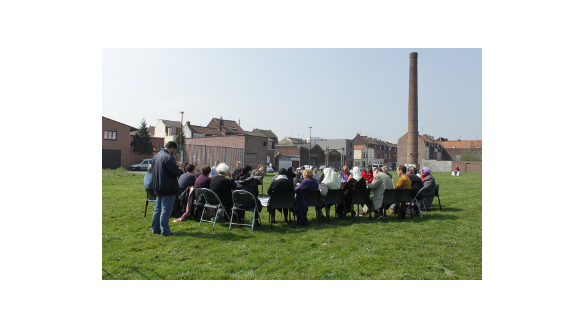 Julien Talpin & translated by Oliver Waine - 19 October 2018
Taking as its starting point a study of a neighborhood roundtable in the northern French city of Roubaix, this... 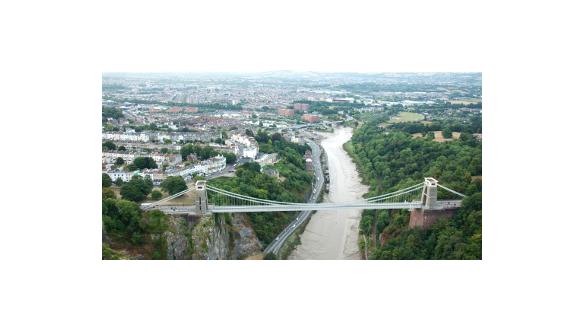 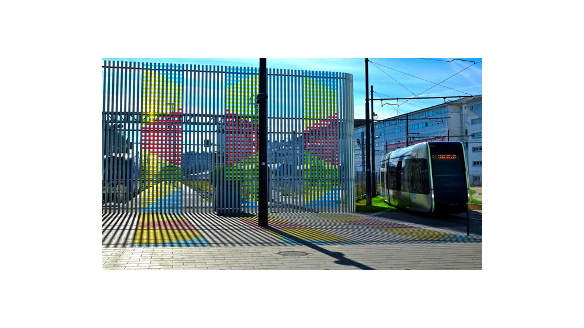 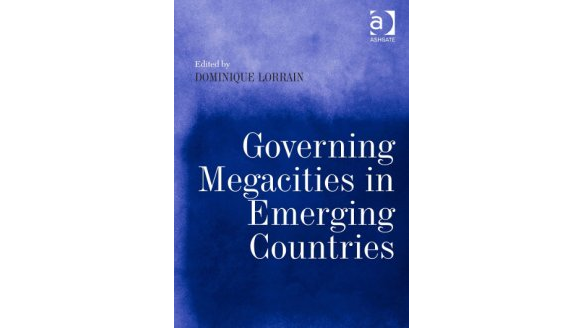 Megacities and how to govern them: rethinking urban development in terms of infrastructure...

Éric Verdeil & translated by Oliver Waine - 25 September 2015
Are colossal megalopolises like Shanghai or Mumbai uncontrollable? This collective work shows that nothing could be...