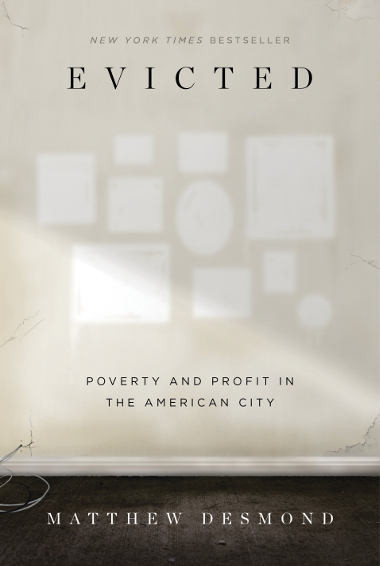 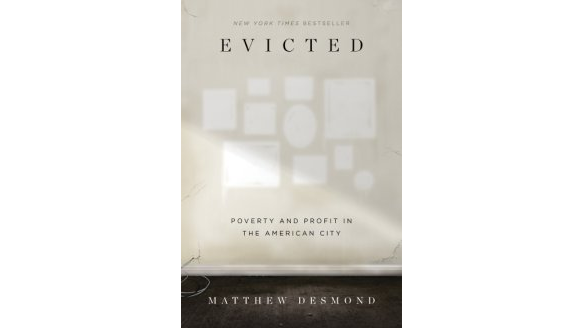 I have had two jobs that taught me about the world. In college, I worked as a waitress in a fancy Philadelphia restaurant. The size of my tips depended on my ability to navigate between the coked-up, foul-mouthed cooks who ruled the kitchen, and the drunk, self-congratulatory customers who ruled the dining room. If I smiled, wore mascara, and tolerated the not-so-occasional grope, I went home with a fat envelope of cash. Ten years later, in my first job out of law school, I drew on similar skills as a legal-services lawyer in Brooklyn Housing Court. The landlords liked me just as much as—if not more than—the tenants I represented, because I could get rent arrears paid by public assistance. My colleagues and I marched to court every morning, smug that we were doing the work of the righteous. Again I needed to smile and wear mascara, and I needed to focus on the day-to-day rather than the bigger picture. We were preventing evictions, but doing nothing to change inequality and exploitation. Indeed, we were perpetuating them.

The ’hood is good for business

Harvard sociologist Matthew Desmond’s ethnographic study of eviction in Milwaukee, Wisconsin, understands poverty as a relationship between the rich and the poor. As the slumlord Sherrena explains, “The ’hood is good” (p. 152). There is a lot of money to be made off poverty, and exploitation practiced by landlords and other real-estate professionals relies on government support, as I learned in housing court. Most scholars study poor people or neighborhoods as if they are artifacts sealed away in a museum. Desmond’s approach includes all the other players that create, perpetuate, and profit from poverty, both intentionally and incidentally. It also illustrates how, despite his subjects’ efforts to improve their lives, they have little impact against the forces that keep them in poor neighborhoods and overpriced, low-quality housing.

Desmond casts housing—not education, jobs, or criminal justice—as the most pernicious actor in creating and maintaining poverty in the United States. Since the 1980s, renters have become poorer and rents have increased. Yet housing is barely mentioned in the current Presidential campaign. Scholars and the media have focused disproportionately on public housing, even though 67% of households below the poverty level receive no federal housing assistance (in a footnote, Desmond notes that there are more than 4,800 scholarly books and articles that refer to the federal Moving to Opportunity demonstration and research program, which served approximately 4,600 households, and thus that “every family who benefited from Moving to Opportunity could have their own study in which their program was mentioned” (p. 405)). Desmond argues that eviction affects poor black women as incarceration affects poor black men: “Poor black men were locked up. Poor black women were locked out” (p. 98).

Evicted follows eight households in Milwaukee. Desmond lived in a trailer park and a rooming house, apprenticed himself to Sherrena, and accompanied tenants to court, shelters, and vacant houses. Black families live on the North Side of Milwaukee. Arleen, head of one of these families, fixes up her apartment, treats her son Jafaris’s asthma, and worries about his progress in school. She also calls 90 landlords after she is evicted and is looking for a new home—and then, once she finds one, is evicted again. At one point, her rent comprises 88% of her income. After this situation repeats itself several times, Child Protective Services removes her sons. In the trailer park, on the South Side, we follow poor white households, most of whom struggle with substance use in a place where “getting drugs was as easy as asking for a cup of sugar” (p. 85). Pam and Ned have at least four children between them, criminal convictions, and are addicted to crack. Scott, a former nurse who became addicted to opioids, lives with Teddy, a frail older man. They met in a homeless shelter and agreed to become roommates. Despite the desperate living conditions of these families—Desmond himself rarely had hot water, even though he asked for it and the landlord knew he was researching a book—they have a much easier time than the black families finding landlords who will rent to them, and their greatest fear is that they will be forced to move into a predominantly black neighborhood.

A look at inner-city entrepreneurs

We also see eviction from those on the other side. Sherrena, a former schoolteacher turned “inner-city entrepreneur” (p. 13), and her husband Quentin vacation in Jamaica and use a disabled tenant’s parking permit to park near the main entrance to the casino where they gamble. Belinda, whose business managing finances for SSI (Supplemental Security Income) recipients funnels tenants directly to Sherrena, shows up at the eviction of one of her clients in a brand new Ford Expedition (Cars are important signifiers: Sherrena owns a red Chevrolet Camaro but visits tenants in Quentin’s old Chevy Suburban that he starts with a screwdriver). Tobin, the trailer-park owner who nets more than $400,000 a year, has his tenants speak to the media to oppose an alderman’s campaign to shut the park down due to terrible conditions. Sherrena is particularly likeable, and we are almost won over when she forgives late rent, or connects a family with a counselor, but then we realize that she is doing these things because “the ’hood is good.” Her business depends on keeping her poorly maintained housing units filled with families paying 70% or 80% of their incomes towards rent. When tenants complain about clogged plumbing, rats, or broken appliances, Sherrena reminds them of their late rent and unauthorized boarders, and they endure.

Violence—child abuse or domestic violence—threads through the lives of every family in Evicted. So do mental health and substance use issues. Criminal justice and child protective services touch almost every family, as do sexual abuse and sex work. The book shows how impossible it is to expect a poor family that is facing or undergoing eviction to address the other issues that undermine its stability. Eviction is not only the result of poverty: it reproduces poverty and deprivation.

Desmond also depicts behaviors that could feed the argument that the poor represent an “underclass.” Larraine, a trailer-park resident, is evicted from her trailer and then spends her full food-stamp allotment on a lobster dinner and crab legs. Before that she considers putting a 62-inch television on layaway. She says: “I have a right to live like I want to live… Like, I literally hate hot dogs, but I was brought up on them. So you think, when I get older, I will have steak. So now I’m older. And I do” (p. 220). For some who judge poor people’s behavior, stories like Larraine’s add fuel to their fire. But set against the larger narrative of the book, these stories also undermine the argument that such behaviors keep people in poverty. Larraine’s decision to blow her food stamps on lobster was a bad one, but for families that are spending 70% of their incomes on housing, a lobster dinner will not make a difference. That is systemic poverty. All the personal responsibility in the world will not propel these families out of poverty.

The ethnography of poverty: solutions and indignation

Desmond, a MacArthur “genius” award winner, has been the subject of some sniping on scholarly listservs, both for the “upper six figures” size of his contract with Crown (one academic suggested that he was exploiting his subjects by “selling their pain”), and for the perennial issue of how (or whether) ethnographers can responsibly study low-income people and communities. Desmond has been spared the vitriol unleashed last year on Alice Goffman’s On the Run, which looked at black men and the criminal justice system in Philadelphia. Perhaps in part to head off this kind of criticism, Desmond analyzed hundreds of thousands of court records, conducted two surveys, reviewed other public data, and hired an independent fact-checker. He also published several articles in scholarly journals before the book. He has created a foundation to benefit the families portrayed in Evicted. Still, it’s not inaccurate to state that he has profited from their pain—it’s just beyond the point.

The undeniably high quality of the scholarship in Evicted should elevate the level of debate around ethnography and poor people and communities. It is important to protect the privacy of research subjects. Ethnographers should neither sensationalize nor pathologize their subjects. But these cautions do not mean that privileged “outsiders” should not use ethnographic methods. Ethnography does more than tell a story: it is a research method that seeks to test hypotheses and diagnose problems, among other goals. Desmond refers to ethnography as a “sensibility,” and “a fundamental way of being in the world” (p. 404). Desmond ended up with some findings that varied from his expectations when he began the project. Whereas we might assume that the presence of children would protect families against eviction, because no one wants children to become homeless, Desmond found that the opposite is true: having children increases your likelihood of eviction if you are poor. The frequency of evictions is more than he—or anyone—could have expected: his surveys found that one in eight renters in Milwaukee experienced at least one “forced move” in the two years before being surveyed. Desmond’s years of study have provided information that can point towards solutions.

Evicted is geared towards a general audience, but it should make the housing policy intelligentsia squirm over more than the size of Desmond’s contract. The book serves as an indictment of the focus on “solutions” like public-housing redevelopment and financial literacy, even as corrosive structures go undisturbed, and many existing government interventions are complicit in shoring up inequality. Our work is motivated by good intentions, but it can wear the same blinders that I did in housing court. Preventing one eviction, or one hundred evictions, does nothing to disrupt the relationships that trap thousands of people in poverty.

On the topic of solutions, Evicted delivers more than most books of its genre, which tend to have a slapped-on concluding chapter of half-baked policy prescriptions. Desmond’s proposals are sweeping and fact-based: he calls for free legal representation for all tenants in housing court (in many housing courts, 90% of tenants go unrepresented, so providing lawyers would encourage actual due process, and, one would hope, disrupt exploitative relationships), and a universal housing-voucher program that would subsidize all low-income families’ rents above 30% of each family’s income, and explains that the cost of such a program would be a third of what the US spends on homeowner benefits. But the book itself might do more than housing subsidies to move us in the direction that Desmond argues for, “a different kind of society” (p. 299). By using an ethnographic approach to describe the housing conditions endured by these eight families and others, and to show how stable shelter leads to so much more, Desmond might infuriate us to act. Let’s hope Hillary Clinton has Evicted on her bedside table.