Contesting Economies of Displacement and Dispossession

There is a housing crisis in the city of Detroit. This has quickened over the past decade. What emerged in the aftermath of the financial crisis is an economy of displacement and dispossession clawing away the homes and livelihoods of poor and lower-middle-class residents. It is steeped in racial and class division enabled by a state and municipal approach intent on dispersing rather than alleviating poverty through increased tax foreclosure aided by inflated assessments and systemic denial of the state poverty tax exemption, targeted residential water shutoffs and mass school closures.

Despite the narratives of a resurgent Detroit, it is a city in which one third of all residential properties were in foreclosure in the last decade. The pockets of condo development and small-plate restaurants and the luring of suburban companies for remodeled downtown offices account for just over seven square miles of a 139-square-mile city (Hudson-Webber Foundation 2016; Akers and Leary 2014). The most active forces in the city’s housing market remain displacement and dispossession. Since 2005, more than 100,000 properties were lost to tax foreclosure and more than 60,000 went through mortgage foreclosure. Nearly 40,000 properties experienced more than one foreclosure. That is 157,699 foreclosures on 384,672 properties in the city of Detroit in just over a decade (Kruth and MacDonald 2015; MacDonald and Kruth 2015). The wave of foreclosure is unabated in the city and it increasingly affects occupied homes. The annual tax auction draws speculators that buy on the cheap and prey on those with limited access to credit and the desire to own a home.

Detroit Eviction Defense (DED) emerged in late 2011 out of the Occupy movement. It drew together a diverse coalition of homeowners, organizers, union activists, and lawyers with the intent of preventing eviction through direct action. DED holds weekly meetings in which homeowners looking for help share their cases and members develop strategies for keeping them in their homes. It pressured banks in courtrooms and through public protests and pickets. DED members undertook physical home defense for anyone who came to the group seeking assistance or solidarity. Though the group is diffuse and relatively small in number, and often takes cases in the final stages of the foreclosure process, it was highly effective. DED has been a part of more than 50 eviction cases in the past five years. Financial institutions often caved in court, making settlement offers in the face of sustained public shaming and collective action protecting residents facing eviction. The most recent victory, in mid‑December 2016, was a settlement with Flagstar Bank allowing Barbara Campbell to remain in her home after a three-year eviction battle. But as the crisis has worn on, the housing market is now flooded with a new owner class, one more prone to violence and intimidation, unwilling to compromise and eager to bring the full force of the state into the service of eviction.

In early June 2016, Jenette Shannon and her teenage son were evicted from their home in northwest Detroit. Shannon, working with DED, was fighting to keep her home when a bailiff, flanked by a dozen police officers threatening felony charges for disobeying orders, pushed through the defense to serve the eviction. As the bailiff departed, police lined the sidewalk and stairs leading to the home. The hired eviction crew emptied the house of Shannon’s belongings into a dumpster as Shannon’s son slumped on the lawn exhausted and in tears.

Earlier that day, prior to the bailiff’s arrival, the Shannon defense became violent as those hired to perform the eviction—haulers and day laborers—attacked DED members, shoving some to the ground, body-slamming another, and breaking one man’s ankle as a dumpster hauler drove through the defense line. An officer from the Detroit Police Department watched the assault from his own vehicle. The bailiff returned later in the day with a dozen officers who threatened felony arrest for anyone impeding the eviction and mocking those defending Shannon’s house as her belongings were tossed into a dumpster. For DED members, the assault was an escalation but not unexpected. A defense earlier in the year involved increasing forms of intimidation by property owners, including phone calls threatening members and sending work crews in to cut down a mature tree in front of the home being defended (Akers 2016a).

The increase in violence follows the transition in housing markets since 2008. Increasingly, foreclosure acts as a pipeline for financial firms and property speculators. In more robust markets, groups such as Blackstone have pioneered a foreclosure-to-rental pipeline in which investors purchase single-family homes post-foreclosure and transform them into rental properties (Fields and Uffer 2016; Rich 2012). In less robust markets like Detroit, foreclosure is a pipeline for speculators, many of whom have turned to instruments such as land contracts to extract profits through a cycle of tenancy and eviction. These speculators purchase foreclosed properties and target individuals with limited access to credit, or in some cases purchase occupied tax-foreclosed homes and require the former owner to enter a contract to buy their house back. Most contracts require a down payment three to five times the original purchase price, charge interest between 9% and 19%, and require the resident to bring the house up to code within six months. The contract offers no equity and does not require a full eviction process as it is considered a contract rather than a mortgage or rental agreement (Wayne County Register of Deeds 2016; Battle et al. 2016; Satter 2010). Land contracts have a long history and are often used when credit is limited or unavailable due to income or race. These contracts can be beneficial to both parties in the case of nonprofit community-housing initiatives or family exchanges, but also quite onerous, as in the cases listed above. In predatory cases, the emphasis is both on the buyers’ need for housing and their desire to own a home, with the terms of the contract rarely explained in full.

The research collective Property Praxis, of which I am part, has found that more than 20% of property in the city of Detroit is now held by land speculators. [1] Not all speculators operate in the same manner. Some are interested in short-term gains realized through proximity to development, and others in protecting their business interests or preventing competition. A significant number of speculators are operating in the residential real-estate market through land contracts, rentals, direct sales, or holding property as part of real-estate investment trusts. These are the owners increasingly encountered by DED (Property Praxis 2016).

There has been a threefold increase in the number of registered land contracts in the city of Detroit since 2008 (Wayne County Register of Deeds 2016). [2] This increase corresponds to both the volume and the buyer types in foreclosure markets in that time. Property Praxis has identified two primary pipelines for speculative activity in Detroit: mortgage foreclosure and tax foreclosure. In the case of mortgage foreclosure, bulk buyers such as Harbor Portfolios purchase foreclosed homes from Fannie Mae, Freddie Mac, and HUD and then sell directly to individuals or make wholesales to speculators operating on a smaller scale. But the largest increase in real estate owned (REO) sales in Detroit was to speculators buying up to 50 properties. Between 2006 and 2013, speculators purchased nearly 45,000 REO properties in Detroit. This accounts for 70% of all REO purchases in the city (RealtyTrac 2016).

But the dominance of bulk buyers in the REO market pales in comparison to their activity in the Wayne County tax-foreclosure auction, where most properties are purchased for the minimum bid of $500. Between 2006 and 2015, speculative investors accounted for nearly 90% of all purchases. Over 40% of those purchases were bulk buys of 50 or more properties (Wayne County Treasurer 2015).

This is the new class of owners that DED has found itself battling on a regular basis over the past two years. Though campaigns against banks such as Flagstar and Bank of America continue, more recent opponents are California companies such as Thor Real Estate and Sussex Immobilier. These limited-liability companies, run respectively by Eric and Shelia Tomasi, and John Haedrich, operate in predominantly Black, inner-city neighborhoods in Detroit and Cleveland (Property Praxis 2016; Akers 2013). They utilize a combination of land contracts and direct sales, and use the full power of the state to enforce property rights through rapid and increasingly violent evictions.

Though speculative activity is ever-present in US property markets, for housing activists and community organizations there has been a marked change in the tenor and approach in recent years. Speculators are increasingly predatory, more sophisticated in their marketing to potential residents, organized and reliant on a small number of aggressive management companies, and increasingly inflexible in resolving tenant disputes (Akers 2016b; Akers 2016c). In response to these challenges, a small group of property researchers from the fields of geography, law, and planning are working with community organizations to map these social networks and holdings in order to develop new strategies in Detroit and other US cities. Much of this work is ongoing, but the first part—the counter-speculation tool PropertyPraxis.org—is publicly available. [3] This site allows Detroit residents to see the patterns of speculative ownership in their neighborhood and to know who these speculators are and the parts of the city in which their investments are concentrated. The work under way now combines tax and mortgage foreclosure, eviction data, and a systematic analysis of the companies encountered by housing activists in the struggle to slow Detroit’s housing crisis. It is a multi-sited effort to map the contours of a growing economy of displacement and dispossession in the city of Detroit and strengthen counter-topographies of resistance and contestation.

The scope of eviction and displacement in the city of Detroit is a systemic crisis driven by the changing structure of the housing market, the limited finances of local government, and deference to a private housing market. The financialization of housing and urban austerity is not unique to Detroit, and the rise in evictions and dispossession are not isolated to declining cities. [4] Though there are intense efforts through direct action and legal aid to keep people in their homes, the mechanisms of displacement and the actors profiting off the cycle of dispossession and repossession are often obscured. The potential of new mapping tools and the production of what are often “missing” data sets offer new strategies for direct action and legal challenges while making the relationship between foreclosure, speculation, displacement, and abandonment visible.

[2] This only captures registered land contracts. The state of Michigan does not require registration. The work of United Community Housing Coalition, an organization that defends tenants facing land-contract evictions, estimates a greater increase in the past decade.

[3] PropertyPraxis.org was developed as a free and open source tool for activists and academics. Property data from any city may be coded and uploaded to create a similar tool for analyzing eviction and speculation. 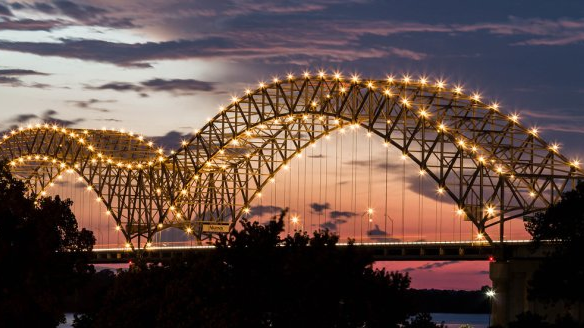