In April 2017, the news broke that Forever 21, a fast-growing clothing retailer, was under federal investigation for using factory sweatshops to manufacture its trendy clothing lines. The company is owned by one of the most successful Korean-American ownership teams in Los Angeles’ garment industry: Do Won and Jin Sook Chang. Korean-owned firms represent at least a third of all businesses in Los Angeles’s garment district, generating at least $10 billion in annual revenues and providing 20,000 jobs, according to the Korean Apparel Manufacturers’ Association (KAMA) [1]. Korean Americans’ position in the LA garment industry has advanced rapidly over the years, moving from subcontracting to major manufacturing and wholesale within the span of a few decades.

LA’s Korean apparel businesses occupy an intermediary structural position in an industry that is deeply ethnically stratified. This structural position between white suppliers and Latino labor, while unstable, initially spawned political solidarity and facilitated collective efforts at property development and ownership of wholesale marts (Min 1996). However, increasing global competition, tougher government regulations, and generational shifts within the industry have gradually eroded the structural basis for ethnic solidarity among Korean garment manufacturers, despite their growing economic power and expansion into property redevelopment. Based on media research and in-depth interviews with Koreans in the apparel industry, we find that an initially strong basis for ethnic mobilization has steadily fallen apart as more successful elites facing economic uncertainty in the industry use their wealth to pursue individual aspirations and expand their real-estate holdings. Indeed, economic power has increasingly stratified this once cohesive ethnic niche. Our findings underscore the dynamic nature of ethnic solidarity (Alberts 2005).

From ethnic solidarity to ethnic conflict

In the early 1970s, Korean immigrants in LA established small apparel and textile shops, supplying high-quality textiles from Korea at competitive prices (Kim and Chang 2009). Many of them arrived from Brazil and other South American countries where they had built and maintained strong ethnic networks. These immigrants used their extensive garment manufacturing experience to set up firms in Los Angeles (Min 1996). By the late 1970s and the 1980s, many Korean immigrants emerged to play the intermediary role as labor subcontractors between manufacturers and workers—mostly Latino as well as some co‑ethnic immigrants. Subcontractors in the LA garment industry were able to create an economic niche around seasonally fluctuating fashion wear that demanded fast production and allowed manufacturers to externalize risk, reduce labor costs, and evade moral and legal responsibilities (Bonacich 1994).

At the time, the garment industry in downtown LA was dominated by Middle Easterners, particularly Iranian Jews. They not only owned most of the large manufacturing firms in the garment district, but had also purchased downtown property, which they rented out in units to garment subcontractors and wholesalers. Pyong Gap Min (1996) found that more than 95% of Korean garment factory owners in Los Angeles subcontracted their work to large manufacturers. A 2009 survey conducted by Kim and Chang (2009) similarly found that between 1992 and 1993, only 10% of Koreans owned their own commercial buildings, with 10% renting from Korean landlords and 66% renting from Jewish landlords. A 2005 survey reported that Korean business owners’ most serious concern lay with skyrocketing rents and exorbitant “key-money” fees (Kim and Chang 2009).

The precarious structural position of Korean garment manufacturers in this ethnic hierarchy helped to strengthen ethnic ties and even generate episodes of collective action against exploitative landlords. Min (1996) argues that a middleman group positioned between white suppliers/landlords and minority customers in a small business is inclined to have business-related intergroup conflicts, which enhances their ethnic solidarity. In the case of the apparel industry, Korean subcontractors are not quite a middleman group due to limited interaction with minority customers, but they do play an intermediary role between white manufacturers and landlords and undocumented Latino garment workers whose cheap labor drives the industry. As a result of cutthroat competition and manufacturers’ ability to manipulate it to their advantage, subcontractors are compelled to accept lower prices, but only by violating laws governing wages and working conditions (Light and Bonacich 1988). As a result, subcontractors are subject to frequent government raids.

In response, Korean garment subcontractors have mobilized valuable ethnic networks and resources. Our research confirms that Korean contractors’ associations had played an instrumental role in organizing and mobilizing their members by helping them to negotiate disputes with manufacturers and with Latino employees; to lobby government agencies and navigate government regulations; and to develop important business skills. Korean garment merchants formed the Korean Garment Wholesale Association (KGWA, changed to the Korean Apparel Manufacturers’ Association in the late 1980s) and frequently organized protests against landlords who hiked up rents and tried to evict tenants in order to charge more key money. One of the founding members of KGWA recalled how, in those days, “everybody knew everybody, they were all friends with each other and we wanted to protect as a group whoever needs help. We’ll band together, protest or petition to help out whoever’s being hurt.”

In more recent years, economic solidarity among Korean apparel manufacturers has paved the way for growing involvement in regional property ownership and development in the downtown area as well as in the neighboring enclave of Koreatown. Throughout the 1990s, a collectivity of Korean garment manufactures began to purchase buildings through joint partnerships and attempted to create a wholesale mart as a way to stabilize rent and key-money fees for Korean garment businesses. For instance, in 1994, a select subgroup of elite Korean manufacturers worked together to develop the San Pedro Mart with the help of the Korean government. According to the current president of the San Pedro Wholesale Mart, Jang Do Won (CEO of Forever 21) and his colleagues established the San Pedro Mart around a condominium concept called “sales in lots,” which allowed developers to sell each showroom space to an individual garment manufacturer or wholesaler. The San Pedro Mart currently houses 310 units with 130 owners, and boasts an annual budget of $2.5 million.

In 2005, Dr. David Lee, a 1.5-generation [2] physician turned real-estate development mogul and the largest property owner along the corporate Wilshire corridor of Koreatown, purchased the 3‑million‑square‑foot California Market Center in the garment district for $135 million. This was part of a wave of acquisitions in downtown Los Angeles by Lee’s company, Jamison Properties. Since then, Korean immigrant investors in LA have announced the development of two more large garment-shop buildings in the downtown garment district: the LA Fashion Mart (on the corner of 12th Street and Stanford Avenue) with 100 units, and Stanford Plaza (at Pico Street and Stanford Avenue) with 40 units. However, because downtown real estate tends to be owned by members of other ethnic groups, Koreans have had to grow their real-estate portfolio outside of downtown Los Angeles into the gentrifying neighborhood of Koreatown, west of the district. Nevertheless, these large-scale wholesale mart developments signal not only the growing power of Korean Americans’ capital, but also their entrance into the politics of growth and development in Los Angeles.

Despite the growing power of the Korean-American garment industry, solidarity among Korean Americans in the sector has begun to show signs of fracture as a result of structural pressures and the changing nature of the apparel industry and its players. First, the garment industry is intrinsically built on ferocious competition and contentious labor relations; this was aggravated by the recent global recession. In a recent count of KAMA’s biannual phone directory, the number of Korean-American apparel manufacturers had declined from about 1,800 to 1,400 businesses over the past three years (Kim 2016). This trend reflects a general industry-wide decline across the US as a result of global outsourcing, although it has been more gradual in Los Angeles (Williams and Currid-Halkett 2011).

Second, changing governmental regulations at the local and federal levels may further affect the risky financing system upon which many Koreans in the industry rely. The recent rise in minimum-wage laws, stronger labor enforcement, and a 2014 federal raid of LA garment manufacturing firms accused of laundering drug cartel money have further weakened the already unstable industry (Kim 2015). After the 2014 federal raid, some Korean garment manufacturers expressed frustration over the diminished political power of the Korean-American apparel industry. According to news media sources and our interviewees, Korean garment entrepreneurs have been talking about relocating to El Paso, Texas, and other cities where they will still have access to cheap labor but without the same legal restrictions.

Third, both the apparel business and KAMA itself have experienced a major generational shift in recent years, as 1.5‑generation Korean immigrants and second-generation Korean-American entrepreneurs enter the field. The leadership has been largely shaped by the changing priorities of this newly emerging wave of immigrant manufacturers, who seem less interested in nurturing collective empowerment and more focused on using the garment industry as a platform for individual political aspirations. One owner who inherited a business from his mother argues that “KAMA claims to represent over 1,000 members but that probably fewer than 250 members actually pay dues.” He adds, “KAMA has changed from a friendly organization to [a springboard for] more ambitious people trying to utilize their organizational background and the momentum it has into their personal career goals.”

Finally, the booming real-estate markets and skyrocketing rents in downtown have caused many elite Korean garment manufactures to invest in safer real-estate markets rather than gamble on the high-risk apparel industry. Some of the owners criticize these more successful garment manufacturers for not devoting more of their time and energy to developing the garment industry, instead of trying to maximize their personal profits through real-estate investment and property management. In fact, Korean tenants in the garment district say they continue to face spiking rents and key-money practices, except this time by co‑ethnics who own some of these properties.

The case of Los Angeles’ Korean garment industry illustrates how ethnic solidarity has evolved in response to the changing economic and political contexts within which the industry is situated. Heightened competition in the industry, tighter government regulation and enforcement, the booming real-estate market, and a generational shift in leadership have all stratified the collective interests of Korean garment-industry owners and accelerated the drive for individual profit—all of which highlight the tenuous nature of ethnic solidarity within this group. This case study has broader implications for how economic growth and mobility may actually undermine the basis for collective solidarity even in locally concentrated ethnic industries and entrepreneurial niches.

This material is based upon work supported by the National Science Foundation under Grant Number 1457954. Any opinions, findings, and conclusions or recommendations expressed in this material are those of the authors and do not necessarily reflect the views of the National Science Foundation.
Koreatown social networks ethnic solidarity Los Angeles Fashion District clothing manufacture textile industry apparel industry Los Angeles

[2] The definition of the “1.5 generation” varies, but its members are usually defined as those who were born in their home countries and emigrated to the United States at age 12 or earlier. Those who come to the US after age 12 are considered first-generation immigrants. 1.5‑generation Koreans have played a key role in Koreatown politics and the economy because of their bicultural networks and cultural values. 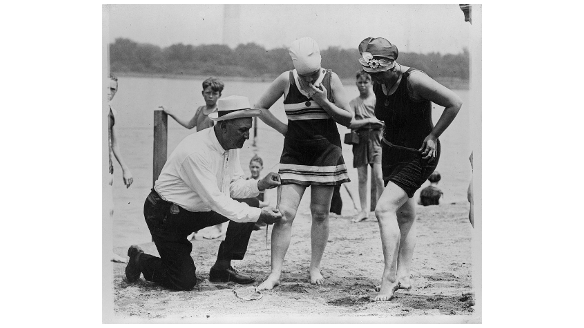 Elsa Devienne & translated by Oliver Waine - 13 July 2018
Can beaches reveal the tensions that run through society at a given moment in time? Here, Elsa Devienne shows how... 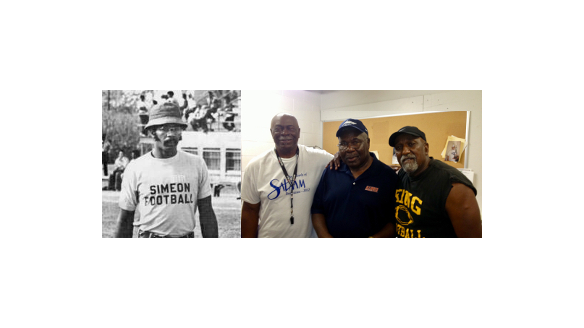 Lawrence Johnson - 13 March 2018
For several generations, high-school football programs have been an important part of the social fabric in... 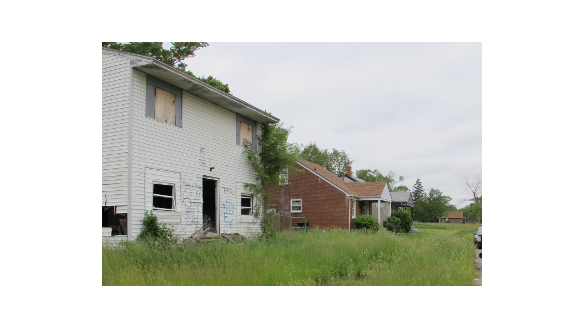 Joshua Akers - 18 April 2017
In a bid to halt urban decline, Michigan’s state government sought to create incentives for the creation of urban... 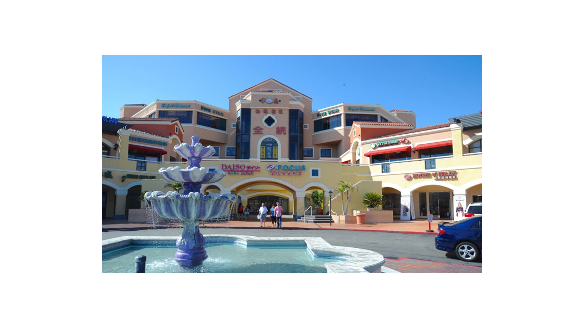 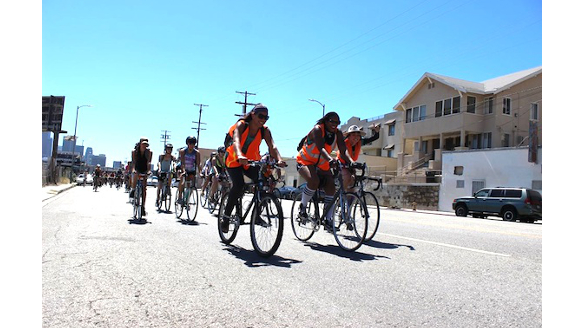 Jennifer Candipan - 2 June 2015
Every year in the summer, a group of women, women of color, and women-identified riders cycle through the city of...