Technocratic Values and Uneven Development in the “Smart City”

Taylor Shelton & Jennifer Clark - 10 May 2016
In the US, the idea of “smart cities” is coming to dominate federal government involvement in, and funding for, urban places. But the smart cities approach, which focuses on using digital applications to promote efficiency, competitiveness, and citizen participation in governance, raises questions about technocentrism in the reproduction of inequality and socio-spatial fragmentation.
smart cities / urban inequality / technocracy / President’s Council of Advisors on Science and Technology / United States

The idea of “smart cities” is becoming more important to the way future cities are planned, developed and governed. Focused broadly on the application of new digital technologies to urban problems in order to increase efficiency, the smart cities concept has been at the center of both rapid greenfield urbanization in peripheral areas of the Global South, as well as more piecemeal efforts in the existing cities of the Global North. And while the dominant vision of smart cities has not gone uncontested (Greenfield 2013; Sennett 2012), a significant portion of the critiques of this idea have focused more on the corporate-dominated visioning exercises for greenfield cities in the Global South, and less on the myriad ways that the smart-city ideal is being instantiated in the form of “actually existing smart cities” (Shelton et al. 2015).

A variety of different actors and institutions, both private and public, for-profit and not-for-profit, has been actively shaping the smart-cities agenda for the last several years. And while the United States government has been relatively slow compared to the European Union in promoting the smart-cities idea, on February 23, 2016, the President’s Council of Advisors on Science and Technology (PCAST) released their report “Technology and the Future of Cities”. The report outlines a federal strategy to guide investment and engagement in smart-cities initiatives, and is sure to play a significant role in the way ideas of “smartness” are applied to any number of initiatives currently in the planning and deployment stages in US cities. The US Department of Transportation’s Smart Cities Challenge, for example, joins the the PCAST report in signaling that federal involvement in urban issues in the near future will likely be couched in the language and approaches of “smartness.” Those seeking to capture federal funds for urban projects, it is implied, would do well to get on board.

Although the approach taken in “Technology and the Future of Cities” positions smart cities as critical to US economic competitiveness, the report itself has been met with mixed reviews, even from those ostensibly friendly to such concerns. One prominent player in the smart-cities space has called the report “a rambling, sloppy embarrassment that fails to capture even the basics of a smart city.” On the other hand, Richard Florida’s assessment at CityLab is much more positive about the potential for this exercise to place cities at the center of federal technology and innovation policy. This latter view is consistent with the recent efforts of advocates of federal investment in technology to more explicitly link cities to innovation policy. But rather than focus on the definitional or public-management issues raised in the report, we highlight here two aspects of the smart-cities ethos that are worthy of closer attention.

The first issue of interest in “Technology and the Future of Cities” is also the most explicitly geographic: a focus on the creation of “urban development districts” as test beds for the implementation of smart-city ideas and technologies. It is important to highlight the fact that the report recommends the development of smart cities to happen not at the scale of the city, but rather in “discrete regions within cities,” where “[a] district does not necessarily have a predefined scale, nor must it fall within the political boundaries of a single city” (p. 2).

The report justifies its focus on these “urban development districts” by arguing that, “[d]istricts offer larger cities the chance to take on these challenges in bite-sized stages” (p. 8). It is true that smaller scale, test-bed or “living lab”-style implementations are useful for assessing the utility and interoperability of certain technologies or approaches such as bike sharing, digital parking meters, or real-time data collection about energy use or road conditions. Dense urban districts containing many early adopters are certainly better than cities without any people in them. However, it is important to recognize what an urban development strategy built entirely around these spaces means for cities as a whole: the perpetuation of longstanding patterns of geographically uneven development (Smith 1984).

In short, these test beds aren’t problematic only because of issues related to combining and interlinking incommensurable systems that are often developed in isolation from one another. Instead, the focus on specific intra-urban territories risks reinforcing and deepening the myriad social and spatial inequalities that exist not only between, but also within, cities. Even though American cities have long since given up on what Stephen Graham and Simon Marvin (2001) called the “modern infrastructural ideal” of pervasive and integrating infrastructural connections, the targeting of smaller districts within cities is likely only to create new forms of “secessionary network spaces.” These kinds of “smart enclaves” will be highly connected both within their boundaries and to quite distant places through networks of fiber-optic cables, but will likely be functionally distinct from the surrounding neighborhoods and urban area that lack such advanced infrastructure and technology.

Although the report recommends that some of these targeted districts should be located within low-income communities, a vision of the smart city promoted by a district-centric implementation remains one of significant socio-spatial fragmentation and differentiation. Some places are inevitably privileged over others in the provision of new technology services, and it is unclear whether places neglected in the first rounds of these programs will ever see similar levels of investment.

It is also worth putting these district-level implementation strategies in broader context of the history of urban economic development. Recall the evolution of various “zones” – “free trade zones,” “enterprise zones,” “empowerment zones,” “promise zones” – designated for special services or tax advantages intended to drive development into such territories (and, necessarily, away from or out of others). Literature on this matter records mixed results and significant debate (cf. Hall 1982; Goldsmith 1982; Harrison 1982). In any case, the provision of special technology services in some neighborhoods, but not others, raises serious concerns about fairness and justice, leaving open the question of who has the right to the smart city. Unfortunately, the PCAST report places minimal emphasis on such matters, meaning that planned investments into new infrastructures and technologies are more likely to deepen longstanding inequalities than to ameliorate them.

Privileging the technical over the social

The second issue of interest relates to the type of expertise that is (or isn’t) present in the report’s construction and in the formation of its conclusions. Only a few of the 100+ listed contributors to the PCAST report represent the perspective or expertise of social science focused on cities and the urban scale. The technoscientific orientation of the report instead privileges experts in the sciences and engineering from both academia and industry. Indeed, the burgeoning field of “urban science” – founded on the principle that the conventional urban social sciences have been insufficiently scientific – occupies a prominent place in the content, as well as construction, of the report. This prominence of “urban science” contrasts with a conspicuous absence of established disciplines such as urban geography, urban sociology, urban history, urban economics, urban anthropology, and urban planning, which, rather than seeking to produce a single, unified law of urbanization, have provided over a century’s worth of in-depth, place-based and generalizable research that aids our understanding of precisely those urban inequalities bypassed in the PCAST report’s discussions.

This report is a sign that current trends in the production of urban knowledge, especially that which is deemed useful for governance and administration, is troublingly disconnected from the last century of urban scholarship. Today, urban knowledge is increasingly focused on the ability to gather, process and analyze massive datasets about any number of urban (or not so urban) phenomena, privileging the technical over the social. The role of the urban social sciences in the development of the federal government’s smart-cities initiatives is given scant mention in the report, aside from the mention that “[g]iven earlier discussions regarding the interplay between technology and norms of behavior, it will also be essential to integrate social, behavioral, and economic sciences with these more traditional infrastructure sciences” (p. 41).

Given that, beyond its contributions to our more general understandings of urban inequality, critical social science research has recently provided a significant rebuke of the smart-cities concept, it would be worthwhile for PCAST or other government agencies to consider such work as plans move forward. For instance, Rob Kitchin’s (2014) overview of smart cities outlines five key concerns deserving of more attention: the inherent politics of ostensibly neutral data, the emergence of technocratic governance, corporatization and lock-in to proprietary technologies, the potential for such systems to be hacked or otherwise disrupted, and intrusions on citizens’ privacy. Elsewhere, both Wiig (forthcoming) and March and Ribera-Fumaz (forthcoming) have documented precisely the problem we raise with regard to smart city development districts, looking at Philadelphia’s failed engagements with the IBM Smarter Cities Challenge and at the unintended consequences of the 22@Barcelona district. A particular concern, raised by a recent Metropolitics article on civic innovation, is how a combination of proprietary technologies and security barriers may limit and circumscribe community participation in the design, development, and deployment of smart-cities technologies, and (by extension) participation in urban governance.

Ultimately, the financial investments in smart cities that will be made by the federal government (initially estimated in fall 2015 at $160 million) represent an exciting opportunity for anyone interested in US cities. It remains to be seen, however, whether the preoccupation with new technologies obfuscates critical issues, such as whether provisioning fundamental services is dictated by efficiency or equality. Given the general absence of perspectives from the urban social sciences in the current conversation, it is difficult to see how investments will be equitably targeted. Instead, failures to attend to the ways urban spatial inequalities are produced means contemporary smart-cities initiatives, like those advocated for in “Technology and the Future of Cities,” will simply fall into the trap of exacerbating uneven development. Or, as has often been the case, the report and its recommendations – like US cities themselves – will be ignored. 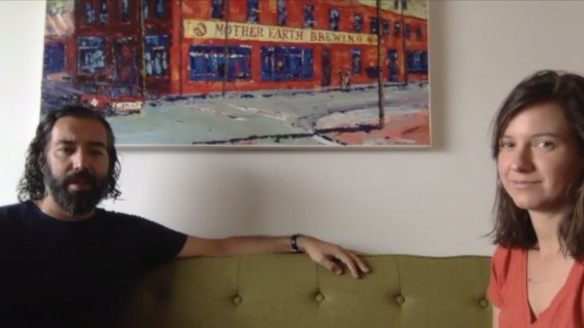 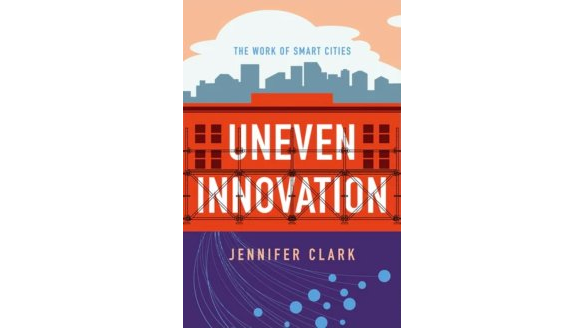