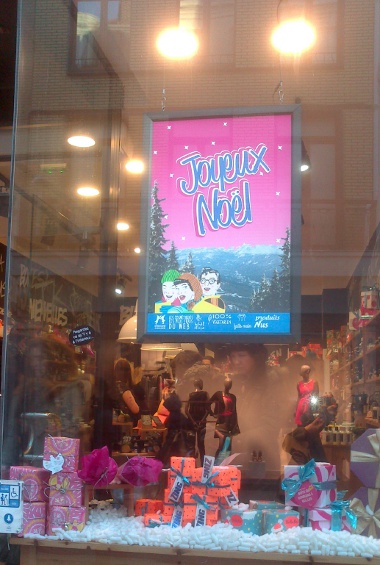 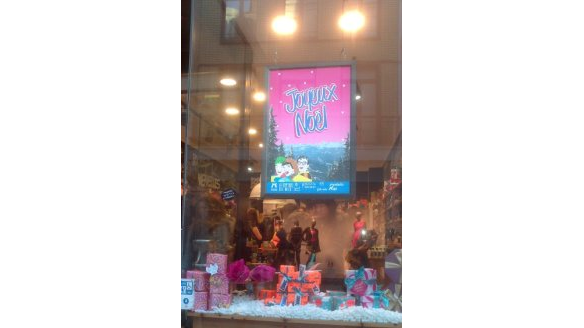 Nathalie Lemarchand & translated by Oliver Waine - 18 December 2014
Lire en français
The function and fate of high-street shops are the subject of discussion and debate within retail firms. Where should physical stores be retained? What should these stores look like? And what can customers expect to find there? Retail is both an economic sector and a social activity: it involves not just purchasing, selling or exchanging goods or services, but also frequenting particular places and establishing social relations. Trade is therefore about more than just mercantile exchanges, leading to phenomena such as “retailtainment”. Furthermore, come December, department-store window displays and Christmas markets are key indicators of “retailtainment” zones and the functions of these spaces, with stores and shopping centres helping to stage the social rites associated with the festive season.
retail / Christmas / retailtainment / local development / retail areas / department stores
Download PDF

As the holiday season approaches, department stores’ Christmas window displays are inaugurated and Christmas markets start setting up their stalls on the main squares of cities across Europe. Tour operators offer excursions to the Christmas markets in Brussels, Strasbourg or Cologne, and use department stores’ Yuletide window displays to promote city breaks in capitals such as Paris or London. The festive season is now, more often than not, all about shops – and indeed entire cities – competing to put on the show that best embodies the “magic” of Christmas.

These events show the importance of retail areas dedicated to retailtainment. In this context, “retail areas” are territorial units, of varying sizes, containing concentrations of retail spaces: malls that have shops, leisure activities and a host of food options all under one roof; central business districts of cities, whose visual and physical unity lends itself to itineraries combining heritage and shops – department stores linked by pedestrian routes that wind through shopping districts, embellished by the remarkable façades of long-established shops. In this way, retail areas form a symbolic system based on cultural references (in terms of architecture, urban planning and development, etc.), and act as spatial, social and cultural landmarks. In the case of retailtainment zones, architecture and the use of heritage, cinematographic or literary references serve to foster a sensation of diversion and amusement among a broad range of customers. These zones are important for the consumers that frequent them in terms of the staging of the setting and, in some cases, the “dramatisation” of the site and of the products sold there, so that everyone – residents, visitors and tourists alike – is fully aware that they are in a space dedicated to showing off a particular territory, event and lifestyle to best advantage.

Department stores, and retail areas more generally, have participated extensively over the years in the publicisation, promotion and celebration of events such as Christmas. In this way, albeit indirectly or involuntarily, they have contributed to the preservation and even the amplification of popular cultural traditions. While present-day critics of these events see them first and foremost as emblematic of consumer society and its excesses, they also reflect a shift from a regional popular culture to a global popular culture. For instance, the story of Santa Claus and his North American parades – a reinterpretation of Eastern European traditions – has played a significant role in this shift.

The first Santa Claus parade was organised in Toronto, Canada, on the initiative of Eaton’s department store [1] in 1905, a full 20 years before the first Macy’s parade in New York City. Moreover, Eaton’s would organise the Toronto Santa Claus Parade every year up until 1981. Originally, Santa Claus would arrive alone at the city’s railway station and then make his way aboard a float to the store, which he would enter by climbing a ladder into the building. The parade very quickly proved a success and became increasingly elaborate: floats carrying fairytale and cartoon characters were gradually added, turning the parade into a major event whose popularity extended far beyond the city of Toronto. At the end of each parade, Santa Claus would meet up to 9,000 children and their parents at one of the three daily receptions in the store’s newly inaugurated “Toyland”, where nursery-rhyme characters, page boys, fairies and heroes from children’s books would encourage parents and children to prolong their “visit” for as long as possible. In the early 1960s, the parade was so important that over a hundred Eaton’s employees were involved in the final preparations. A great many volunteers and considerable numbers of police officers also helped ensure the parade went off without a hitch. The procession of floats, over a kilometre (two thirds of a mile) long in total, would cover the 10-kilometre (6-mile) parade route in an hour and a half; a spectator stood at any given point along the route could admire the succession of floats for over half an hour. By this time, the parade had long abandoned its original starting point at the railway station, instead departing from outlying neighbourhoods and making its way up the city’s main street (Yonge Street) where the store was located. This made for a better itinerary, but it was also of considerable symbolic importance. 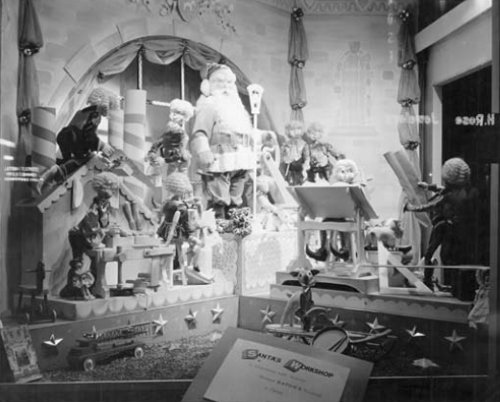 In North America, the main street is highly emblematic of cities’ downtown areas: not only is it typically the historical and geographical heart of the city, but it also represents a considerable social and cultural force, as it is often perceived as the street where each new wave of immigrants would meet and mingle. While European cities are built around squares, North American cities are built along their main streets, with major streets leading off them to other districts, still often identified as ethnic neighbourhoods. Rue Saint-Laurent in Montreal, Yonge Street in Toronto and Market Street in San Francisco, for example, all illustrate this situation perfectly. It is always along these main streets that parades and processions take place, from Christmas parades and Independence Day parades to the more recent gay pride parades.

In the late 1960s, Eaton’s Santa Claus Parade attracted crowds of around half a million and was broadcast live on television across the whole of Canada. It was also broadcast in the United States at a later date. Thanksgiving and Santa Claus parades have today become a lively and important tradition in many large North American cities. Some, like New York’s, which is closely associated with the department store Macy’s, are veritable institutions that have given rise to dedicated tour packages.

Christmas and the festive season generate extensive commercial, social and cultural events and activities, in which the retailtainment sector plays a key role: these businesses create a break, or at least a temporal and spatial “discontinuity”, with the day-to-day identity of their retail areas, transforming “here” into “elsewhere” or a place “outside” the everyday. To attract consumers by entertaining them, department stores not only created Santa Claus parades, but also turned their window displays into miniature theatres where scenes featuring dolls, mannequins and a thematic décor could be staged. In a similar way, smaller retailers, often as part of a local association, decorate their shop windows and storefronts and contribute to the area’s Christmas lights and decorations. They also organise promotional campaigns and events in order to liven up the city centre in the run-up to Christmas. City authorities also seek to make the most of this festive period by setting up or promoting Christmas markets. Indeed, both Christmas window displays and Christmas markets have a common aim, namely to attract visitors to the neighbourhood and city in which they are located. For example, Strasbourg Urban Community (an intermunicipal structure covering the city of Strasbourg and its suburbs) has created a website for the city’s Christmas market, highlighting its heritage value: its long existence gives it its “authenticity” (the first market held around the cathedral apparently dates back to 1570). It also emphasises its size (300 “chalets” spread across 11 sites, making it one of the largest in Europe), its fame and the associated events generated by this retailtainment zone. In this way, Strasbourg projects an image as one of Europe’s most “Christmassy” cities, and therefore as a major tourist destination at this time of year.

Christmas does not only give rise to events in the city centre, though. Out-of-town shopping centres also make the most of the festive period – whether in the form of “Santa’s Grottos” where children can have their photo taken with Father Christmas, fairytale decorations, or even parades. These retail areas on the outskirts of cities, surrounded by specialist big-box stores, have developed alongside – or, in some cases, even before – suburban housing developments, and have consequently become the primary centres of consumption in certain metropolitan areas, whether in terms of floor space or sales figures. These retail areas have not escaped the retailtainment trend, and indeed the latest generation of French shopping centres have actively integrated it into their retail concept. The elaborate Christmas décors and events created in these malls show that they too make use of the key social rituals in society’s annual calendar in order to transform their spaces and offer their (mostly middle-class) customers a temporary break from their everyday lives as they meander through the entertaining environment created for them. In this way, the annual ritual of Christmas generates a unique pace of trade that, through its magnitude and press coverage, encourages its social promotion: every year, the news media reports on Christmas window displays and markets.

But is this period in retail history now over? Until the digital revolution, retail was essentially confined to physical stores which, through the economic activity that they generated, helped to animate urban areas and contributed to the socialisation of a whole society. Now, online retail seems to have shaken up consumer habits and revived numerous debates on retail – in France, issues such as Sunday opening and drive-in stores on the outskirts of cities in particular. For all that, the festive period remains undeniably associated with the spectacle of the “magic” of Christmas created by retailers and city authorities – often in collaboration with one another. Accordingly, the important role played by retail areas in the run-up to Christmas shows that, despite the development of e‑commerce, these areas still have a commercial and urban role to play. Jacqueline Beaujeu-Garnier and Annie Delobez (1977) talked about “free shows” in evoking the events developed around retail activities and shop window displays – a quality that remains quite specific to physical retail spaces and which today, in the era of virtual commercial spaces, is more important than ever.

[1] Eaton’s was a Canadian chain of department stores founded in 1869. The company went into receivership in 1999 and was bought by retail giant Sears Canada, which sought to relaunch the chain. This attempt was ultimately unsuccessful and Eaton’s disappeared definitively from the North American department-store scene in 2002. 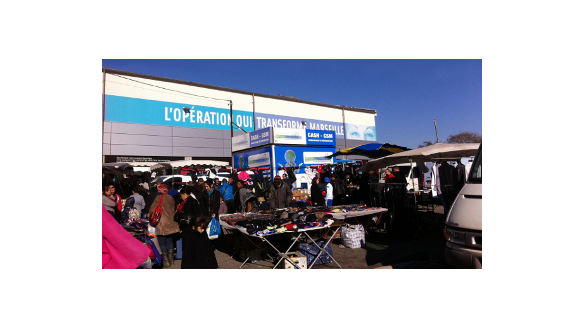 The Flea Market of Marseille

Michèle Jolé & William Kornblum - 17 May 2016
Marseille’s flea market (“marché aux puces”) lies at the heart of a vast urban renewal project that could end up wiping... 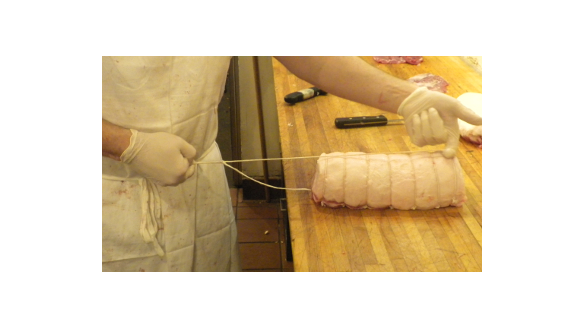 In Cathedrals of Craft: Workplaces for the New Elite Service, Retail, and Manual Labor...

Richard E. Ocejo - 12 May 2015
As artisanal economies emerge in postindustrial cities, the symbolic language and craft culture of the industrial... 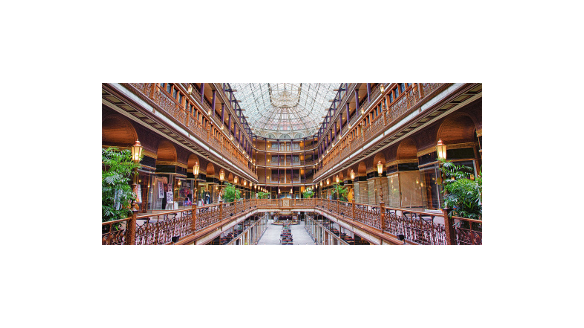 Anthony Maniscalco - 21 April 2015
The quintessential suburb is home to the shopping mall, an indoor space of anchor departments stores, small... 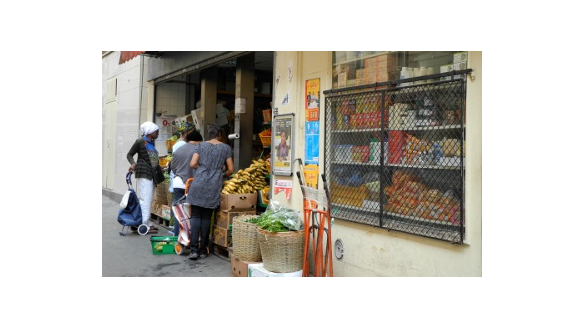 Marie Chabrol & translated by Oliver Waine - 22 May 2013
The Château Rouge area of Paris is regarded as an “African neighbourhood”. But what is the reality behind this image?... 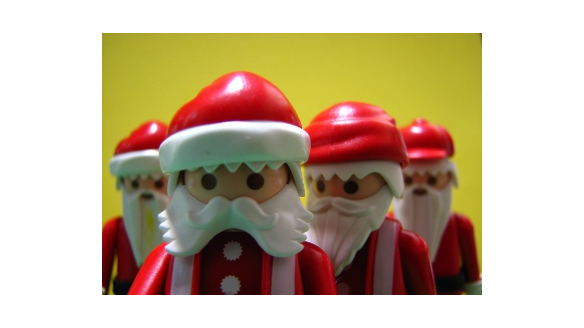 Santa Claus: Planner of the ’Pole

Marc Lohez & translated by Oliver Waine - 19 December 2012
Since the 1960s, the legend of Santa Claus has been a driving force for Lapland’s territorial development. The image... 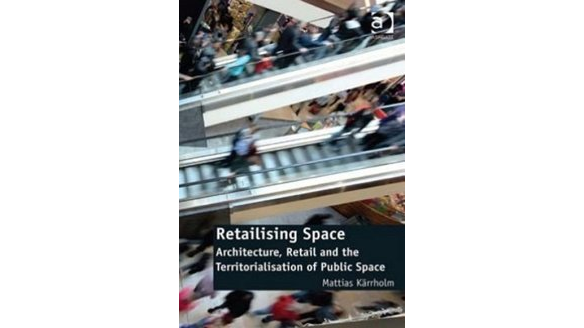 The new spaces of consumption